The final set of festive fixtures kicks off early on New Year's Day as leaders Manchester City look to start 2022 with a bang at Arsenal.

A cracking clash between title-chasing Chelsea and Liverpool is also in store on Sunday as the Premier League fireworks continue.

Joleon Lescott column: Get ready for the January sales

Leaders Manchester City can make a statement when they travel to Arsenal in the first game of 2022.

The Gunners’ nine-game losing streak in the league against the champions is their longest run against any opponent and City have won each of their past four trips to the Emirates by an aggregate of 9-0.

Those defeats have not been helped by the fact Pep Guardiola's men have always scored in the opening 15 minutes of each of their five away games at the Emirates.

But the hosts have won their past five home games and have not conceded in their past four, last keeping five home clean sheets in a row in early 1999.

The Hornets are the only side yet to keep a clean sheet this season and have only beaten Spurs once in their last 17 league games.

But the short trips to Hertfordshire have not always been easy for Tottenham, who have only won two of their past 10 games at Watford.

If Ranieri’s men are to spring a surprise, Emmanuel Dennis — controversially left out of Nigeria's Africa Cup of Nations squad — will need to add to his six goals and four assists in his past 10 games.

Two of the top flight's most entertaining sides clash as West Ham make the short trip south of the River Thames to Crystal Palace.

The Hammers have held the upper hand over Palace recently, winning four of the last seven games at Selhurst Park and only losing two of the last 13 matches in total.

Both sides have scored in each of their past nine Premier League meetings, yet the team netting first has never gone on to claim all three points.

Declan Rice’s probable return to the starting line-up will see him make his 150th league appearance for the Hammers — at 22, he is the youngest player to reach this feat for West Ham.

Aston Villa make their first visit to Brentford’s new ground hoping for better luck there than they had at Griffin Park.

The Bees are unbeaten since 1953 against Villa and beat them on all three of the Midlands club’s visits between 2017 and 2019.

But only fellow promoted sides Norwich (seven) and Watford (six) have lost more home games this term than Brentford's five.

Steven Gerrard has also overseen two victories in his three away games in charge, while Emi Buendia has scored or assisted in all four of his previous league games against the Bees.

The Seagulls have never won away at the Toffees with the Merseyside outfit looking to complete the double over them for the first time since the 1980-81 campaign.

But with just one Everton win and seven defeats since the start of October, Graham Potter and Brighton will be confident of ending their Goodison Park hoodoo.

While Everton have scored 76% of their goals in the second half this term, Danny Welbeck’s 91st-minute equaliser at Chelsea means the Seagulls have won five points from stoppage-time goals already this season.

Leeds could move eight points clear of Burnley and the relegation zone if they beat the Clarets at Elland Road and other results go their way.

Their recent form has been poor though with three defeats in a row and 14 goals conceded in those games against Arsenal, City and Chelsea.

But the Whites have won six of the last eight home games against Burnley and Marcelo Bielsa’s side have a golden opportunity to ease the nerves in West Yorkshire.

Burnley traditionally come on strong in the New Year, winning 32% of their Premier League games in January — a record only bettered by the 35% they manage to win in November.

Three points are must for Chelsea and Liverpool if the title challengers are to keep up with leaders Manchester City.

The Blues sit eight points behind the Citizens, while the Reds are a further point adrift but do have a game in hand on both sides above them.

Liverpool have won on each of their past two visits to Stamford Bridge and are looking to become only the second outfit in Premier League history to win three in a row there.

Recent history shows that the visiting team are more successful in this fixture — 11 of the past 27 meetings have been won by the away side, with the hosts only managing eight.

Wolves go searching for their first league victory at Manchester United in 42 years in their first game of 2022.

The Red Devils have won each of the past three meetings, with Wolves failing to score first in any of the past 13 games between the clubs.

Given none of their past seven matches have involved more than one goal, that could be an issue for Brune Lage’s men.

While United have won their first game in five of the past six years, Wolves last such win in a top-flight game came 41 years ago when they beat Middlesbrough to kick off 1981. 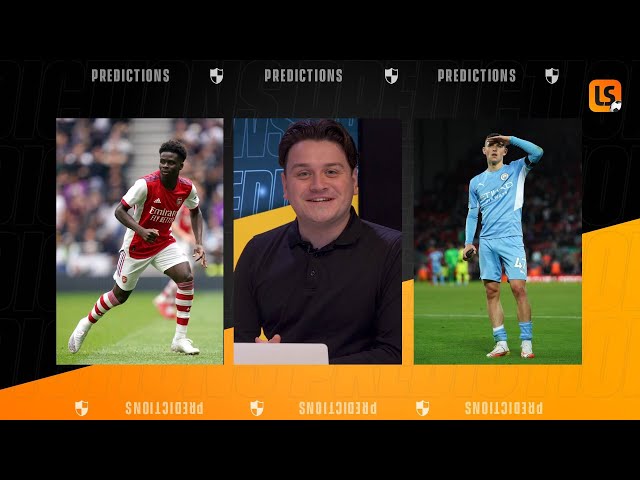