Premier League Matchday 11: All eyes on Old Trafford and Conte

The Manchester derby headlines an action-packed schedule of Premier League action this weekend.

Dean Smith will be desperate to turn things around when his Aston Villa side kick the weekend off with an away trip to Southampton tonight.

Four straight defeats have left Smith feeling the pressure but their record against the Saints will not do anything to lift the mood.

Southampton have lost just one of their last nine Premier League meetings against Villa, though the away side can take solace from the fact that that one victory did come in this fixture last season.

After a difficult start, Ralph Hasenhuttl’s side have taken seven points from their last three matches, as many as in their previous 10 combined.

James Ward-Prowse, who Villa tried to sign in the summer, has been involved in more Premier League goals against the Midlands outfit than against any other side (two goals, three assists).

A 3-0 victory over Tottenham last weekend has lifted spirits in the Manchester United camp, but they face another stern test against champions Manchester City.

Despite City earning the lion's share of trophies in recent years, the Red Devils’ recent record against their rivals is strong, winning three and drawing once — their longest unbeaten run against them since 2011.

Despite this, their overall form has been poor — the seven games they have lost in 2021 are their most since losing the same amount in 2001. They have not lost more than seven in a year since 1989.

After rescuing United yet again against Atalanta on Tuesday night, Cristiano Ronaldo plays in his first Manchester derby since 2009. He has three goals in his last five against their cross-city counterparts.

But he also has an unwanted record, with the Portuguese icon the only player to have been sent off twice in the fixture (January 2006 and November 2008).

Chelsea took a commanding three-point lead at the top of the Premier League last weekend and will hope for more of the same when they host Burnley.

Sean Dyche’s men got their first Premier League win of the season in a 3-1 reverse of Brentford and are looking for their first consecutive victories since January.

But the Blues have won their last four top-flight games against the Clarets, scoring 12 and conceding twice in this run.

It will be Thomas Tuchel’s 30th Premier League game in charge of Chelsea. They have kept 18 clean sheets in that time — more than any other side, while only Jose Mourinho kept more in his first 30 in the competition.

History suggests this game will have plenty of goals with none of their previous 14 top-flight meetings ending 0-0.

Palace are fresh off a stunning 2-0 win at champions City, while Bruno Lage’s men are enjoying an unbeaten run of five games, of which they have won four.

Despite some impressive showings under new boss Patrick Vieira, the Eagles are looking to record back-to-back wins for the first time since February, with one of those victories coming against Wolves.

Wolves striker Raul Jimenez's four goal involvements this campaign have been worth seven points to his side, with only Michail Antonio (nine) and Heung-Min Son (eight) earning more this season.

Brentford host a Norwich side who are one of only two Premier League teams still searching for their first win this season.

It is the first top-flight meeting between the pair, though the Bees are winless in their last five games against the East Anglians.

The Canaries have lost one and drawn four of their away trips this season, though they are unbeaten on the road against Saturday’s opponents since 2009 when the pair were in League One.

Thomas Frank’s men made a flying start to life in the Premier League but have lost their last three games, their worst run under the Danish manager.

Excluding games played on the first day of the season, this is Norwich’s 40th consecutive Premier League match in the relegation zone, equalling the record set by Swindon in the 1993-94 campaign.

The other side yet to taste victory are managerless Newcastle, who face a difficult trip to the South Coast to face Brighton in Saturday’s late kick-off.

The Magpies have never previously failed to win any of their first 10 games of a Premier League season and the last time they went more than that without a win was between December 2007 and March 2008.

To make matter worse, the Seagulls have never lost in eight previous Premier League meetings with the Toon, conceding just one goal in that time.

Graham Potter’s men are also enduring a winless run having not been victorious in their last five top-flight games — though their last was an impressive 2-2 draw at Liverpool.

The Geordies will be buoyed by Callum Wilson’s record at the Amex — with the striker averaging a goal or assist every 50 minutes at the stadium in the Premier League (two goals, two assists).

Mikel Arteta takes charge of his 100th game as manager with his Arsenal side in good shape as they face Watford.

The Gunners are unbeaten in seven games in the Premier League and have a good record against Sunday’s opponents — winning 11 of their 14 top-flight meetings with the Hertfordshire club.

The omens further point towards a home win, with Arsenal unbeaten in their last 31 home games against newly-promoted sides (W26 D5) in a record that stretches back to the 2010-11 season.

The Hornets’ last away trip was a thrilling 5-2 win against Everton, and they will be looking to make it consecutive away victories in the top flight for the first time since September 2017.

New boss Conte got off to a winning start as Spurs manager in the Europa Conference League on Thursday and will hope for more of the same against an Everton side whose form has faded recently.

The Italian has never lost a game against the Merseysiders (three wins, one draw), keeping a clean sheet in all four meetings.

Harry Kane’s poor form has been a key factor in that, but he will be encouraged by his record of 11 goals in 12 games against the Toffees.

Rafa Benitez’s men had a strong start but have lost their last three Premier League games — as many as they had in their previous 12 in the competition.

Leeds jumped out of the bottom three with a crucial victory at Norwich last weekend but face a tougher task against a wounded Leicester side.

The Foxes' upturn in form was halted by a 2-0 defeat to Arsenal last time out, meaning their recent record reads as a worrying seven defeats in 14, as many as they had in their previous 29 encounters.

Marcelo Bielsa’s men beat Sunday’s opponents 3-1 in January and are looking to win consecutive games against them for the first time since December 1999.

But Leicester have won four of their last five away games against the Whites and are looking to win three in a row at Elland Road for the first time in their history.

Sheffield-born Jamie Vardy will be determined to put Leeds to the sword — he has scored in each of his last five away Premier League games against Yorkshire sides.

The final game of the Premier League weekend sees a battle of two in-form sides as West Ham host Liverpool.

The Hammers have won four of their last five, while the unbeaten Reds will look to get back to winning ways after they were held last weekend.

Jurgen Klopp’s men have won four of their last five away games against the East Londoners and are looking to win three in a row against them for the first time since doing so between 2003 and 2007.

Premier League top scorer Mohamed Salah will be looking continue his fine record against West Ham — the Egyptian has nine goals in eight games against them.

But the away side will be wary of one of Salah’s nearest challenger in the race Antonio, who has been directly involved in 17 goals in his last 22 games at the London Stadium. 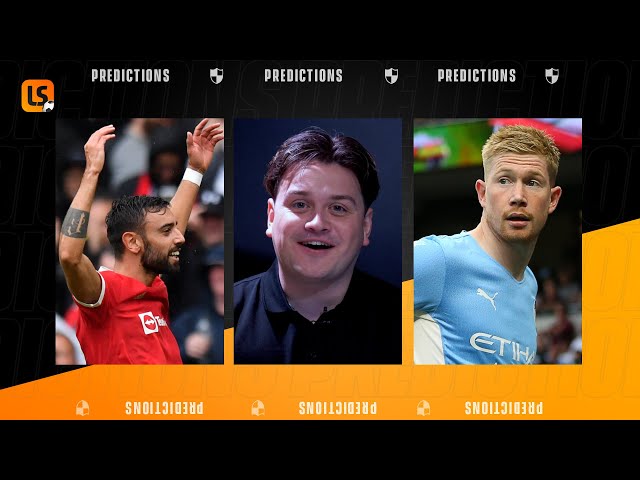