With Spain and Sweden to come, this fixture is the proverbial six-pointer for Poland and Slovakia if either is to escape Group E.

Poland reached the quarter-finals in 2016, going out to eventual winners Portugal on penalties, while Slovakia were beaten by semi-finalists Germany in the round of 16.

Off the back of a record-breaking season with Bayern Munich, all eyes will be on Polish goal machine Robert Lewandowski and whether he can add to 66 goals in 119 caps for his country.

This year has been a mixed bag for the Poles. They have only lost one of five fixtures but have also only tasted victory once.

A 3-0 World Cup qualifying win over Andorra was sandwiched between a dramatic 3-3 draw with Hungary and a 2-1 defeat to England at Wembley.

And Paulo Sousa’s side could only draw with Russia and Iceland in their two warm-up games prior to the tournament.

Slovakia, meanwhile, have only been beaten once in their last eight in all competitions but have drawn four of the last five.

A 2-1 win in extra-time against Northern Ireland was the pick of those results, with Juraj Kucka and Michal Duris goals sending Slovakia to just their second European Championship since becoming an independent nation.

What makes Lewandowski’s already remarkable feat even more impressive is his expected goals tally was ‘just’ 31.6 — a dramatic overperformance of almost 10 goals across the campaign.

No one in the German top flight had more shots (130), more shots on target (56), a higher expected goals total or a greater goal contributions tally (48).

Not surprisingly, the Polish sensation, 32, is his country’s captain and talisman.

With two goals in eight previous European Championship appearances, a decent showing in Group E could set Lewandowski on his way to Golden Boot glory, which in turn would enhance his chances of winning the 2021 Ballon d’Or. 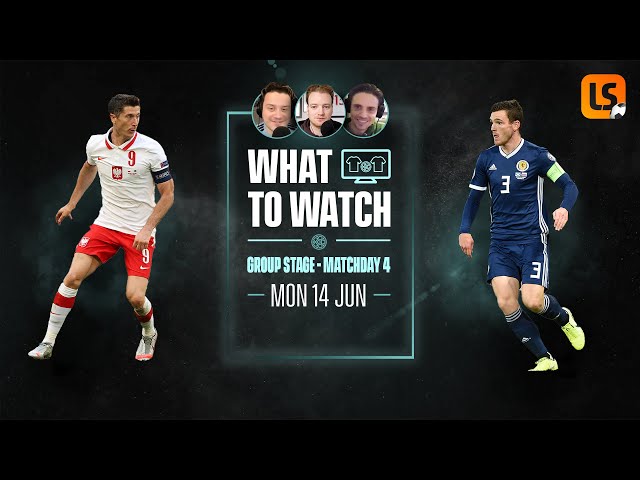 A veteran of 120 caps, former Napoli playmaker Marek Hamsik remains Slovakia’s talisman — a full 11 years after captaining his country at their maiden World Cup in 2010.

Hamsik, 33, will move after the Euros to join Turkish Super Lig club Trabzonspor after a short spell with Swedish outfit IFK Goteborg.

A tricky and inventive midfield schemer who can pull the strings from deep, further forward or even out wide, any success Slovakia have at this tournament will hinge on Hamsik’s performances.

The big question mark hanging over Poland is how they will perform under relatively new head coach Sousa.

The former Borussia Dortmund, Juventus and Inter Milan midfielder only succeeded Jerzy Brzeczek — who had secured qualification for the tournament — in late January.

Most recently manager of Bordeaux, Sousa’s eclectic career has taken him via England, Wales, Hungary, Israel, Switzerland, Italy and China.

In his early games at the helm, the Portuguese has placed greater emphasis on higher pressing and controlling possession with Poland using a 4-4-2/4-3-3 hybrid depending on whether they are in or out of possession.

The 3-3 draw with Hungary in March was his first as Poland coach and this encounter will be just his sixth in the role.

How quickly will Poland’s players adapt to his tactical blueprint?

Expect Slovakia to sit deep and encourage their opponents forward in an attempt to break down a defence marshalled by Inter Milan's Milan Skriniar.

The onus will be on them to unpick Slovakia’s defence and supply the bullets for Lewandowski.

Slovakia can catch Poland out on the break.

It took six minutes for Hungary to score on the counter in Sousa’s first game and if Stefan Tarkovic’s side can release Robert Bozenik, the Feyenoord striker could cause problems.