After dismantling Hungary and Andorra, England end their international break with a trip to Poland tonight.

On paper, England have enjoyed the perfect international break — winning both of their matches so far and scoring eight goals in the process.

Despite this, the performances have not been scintillating.

Against Hungary, the Three Lions were exceptional after the break and cruised to an eye-catching victory. But in the first half they failed to have a shot on target.

In their win over Andorra, England had 88% of the ball before the break but did not really test the opposition goalkeeper.

it is still early in the season and players are getting up to speed but eventually they are going to have to play well for 90 minutes, not just one half of football.

A greater level of consistency throughout matches will be needed against superior opposition, starting with tonight’s visit to Poland.

Trent Alexander-Arnold was deployed in midfield during England’s victory over Andorra.

But it did not have the desired impact and Southgate returned to a more conventional set-up after half-time.

The England manager revealed his thinking in his post-match press conference.

He said: "We wanted to have a look at playing Trent in a slightly more advanced role. We know he’s just got outstanding quality with the ball and, of course, he finds himself in those positions with Liverpool.

"I don’t think we lost anything by having a look at it. We felt that at half-time we could actually get more from Trent, more from Reece [James] and more from Hendo [Jordan Henderson] by rotating those three — and they started the second half well."

England may be five points clear at the top but a win for in-form Poland would cut that down to two.

Paulo Sousa’s men have scored 11 in their last two outings, including a comfortable 4-1 win over Albania, and now lead the way for goals scored in Group I with 18.

The Eagles should not be taken lightly despite their disappointing showing at Euro 2020, when they finished bottom of a group containing Spain, Sweden and Slovakia — picking up just a single point.

Sousa had little time to work with his players ahead of that tournament, having only overseen a handful of matches after being appointed in January.

His players look like a different prospect altogether this season and they have the personnel to cause England problems when in Warsaw.

All eyes will be on Robert Lewandowski this evening as the standout star of this Poland team.

The 33-year-old scored twice and assisted another in their 7-1 win over San Marino last Sunday, while also registering a goal and an assist against Albania.

But the Bayern Munich No9 is not the only player England should be wary of.

Adam Buksa, the 25-year-old New England Revolution striker, made his debut against Albania and had an immediate impact — scoring the second goal in the 44th minute.

He then replaced Lewandowski at half-time against San Marino and proceeded to bag a hat-trick.

Sousa’s side have multiple threats and England should not focus purely on their iconic talisman.

Southgate used the tie against Andorra as an opportunity to experiment and take a closer look at certain fringe players.

But that will not be an option against Poland, so big decisions will have to be made.

Tonight’s line-up will give fans a glimpse into what the England manager is thinking as he begins to formulate a strategy to win the World Cup in Qatar next year.

Whether Jack Grealish returns or Bukayo Saka keeps his spot and who the Three Lions boss views as his first-choice central midfielders are particularly interesting questions.

We will undoubtedly find out more when the teams take to the field at the Stadion Narodowy this evening. 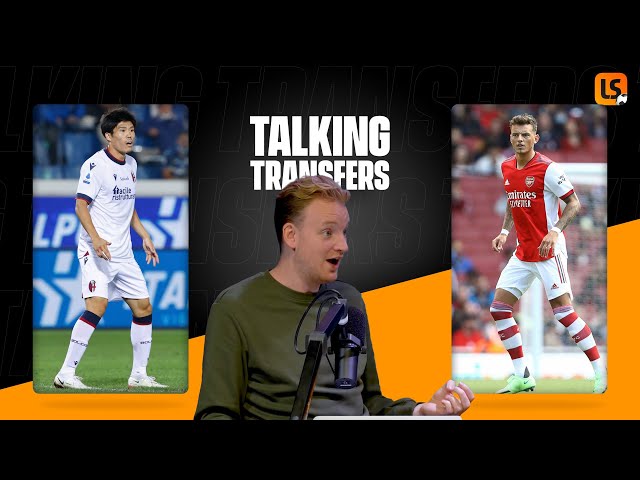