The five bosses Spurs could turn to after Nuno's sacking

Nuno Espirito Santo’s short-lived reign at Tottenham is over and the search for his successor has begun.

After a botched recruitment process in the summer, chairman Daniel Levy and managing director of football Fabio Paratici will be desperate to get this appointment right.

But who will Spurs turn to next? LiveScore assess the runners and riders in the race to replace Nuno.

There is little doubt that Antonio Conte is the best manager in world football currently out of work.

And early indications are that Spurs are going to go all out to convince the Italian that they are the right club for him.

Conte turned down the Spurs job after talks broke down in the summer over his transfer demands and large backroom staff.

But he has a good relationship with Paratici following their time together at Juventus and Levy will hope that sways him.

If they can convince the former Juve, Chelsea and Inter Milan boss to take charge in North London, their chances of finishing in the top four would increase dramatically.

Spurs made an audacious attempt to lure Mauricio Pochettino back in the summer and they may try again now.

It is two years since the Argentine was sacked by Levy and he has openly spoken about his desire to return one day.

But Paris Saint-Germain were not keen to let him go then and their position is unlikely to change.

As long as Pochettino’s PSG reach the latter stages of the Champions League, his job at the Parc des Princes will be secure.

And his departure in 2019 came after disagreeing with Levy over the need for fresh faces in the squad — that is still the case at Spurs now.

Ajax boss Erik ten Hag is one of the most highly-rated bosses in Europe — yet tempting him away from the Dutch capital is proving tough.

Like Conte and Pochettino, Ten Hag was ahead of Nuno on the summer shortlist but opted against a move to Spurs.

Newcastle and Manchester United have both been linked, as have Spanish giants Barcelona.

But the 51-year-old is happy at Ajax and recently said: "I know you can't plan anything in football, but you have to make an exceptional and extraordinary offer if I want to change my plans."

It seems unlikely that Ten Hag would consider swapping Ajax’s title challenge for Spurs’ battle to finish in the top six.

It says a lot about Nuno’s appointment that a move for Paulo Fonseca broke down at the last minute back in June.

The former Roma and Shakhtar Donetsk boss looked set to be appointed, with his wife even posting about moving to London.

Fonseca’s two years at Roma were somewhat underwhelming but he enjoyed success during a three-year spell in Ukraine.

The 48-year-old is out of work and would likely still be open to the role despite the mess in the summer.

Fonseca has been heavily linked with the vacant Newcastle job so Levy and Paratici may have to move quickly if they want him.

His Brighton side sit seventh in the Premier League after fighting back from 2-0 down to draw at Liverpool on Saturday.

And it is the manner of the Seagulls’ play which would attract Spurs to Potter — a far cry from Nuno’s tepid football.

Yet reports last month suggest the 46-year-old was not keen on a move to North London before the season started and there is no reason that would have changed now.

Potter will likely get a chance at a bigger Premier League club in the coming years, it would be a surprise if he decided Spurs was the right move. 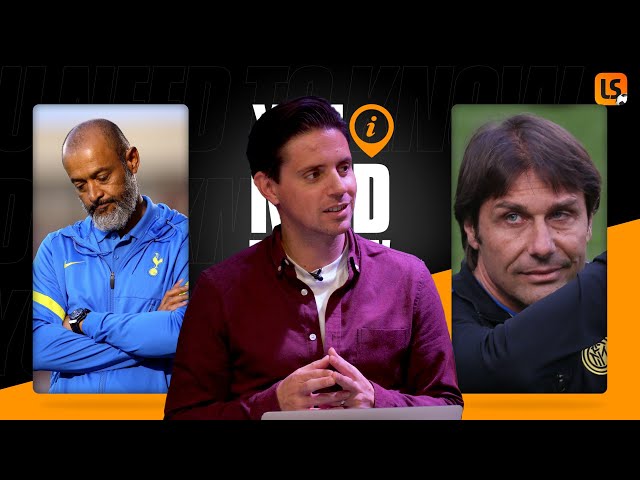