United appoint Rangnick as interim boss ahead of Arsenal clash

Former boss Ole Gunnar Solskjaer was sacked earlier this month after a run of five defeats in seven Premier League games, culminating in a shock 4-1 humiliation at Watford.

After confirming the Norwegian’s departure, the Red Devils were looking to hire a short-term replacement for the rest of the campaign.

And the man they have chosen is Rangnick, 63, who has left his technical role at Lokomotiv Moscow to take up the temporary position at Old Trafford.

The German tactician said: "I am excited to be joining Manchester United and focused on making this a successful season for the club.

"The squad is full of talent and has a great balance of youth and experience.

"All my efforts for the next six months will be on helping these players fulfil their potential, both individually and, most importantly, as a team.

"Beyond that, I look forward to supporting the club’s longer-term goals on a consultancy basis."

Rangnick takes the role on a six-month basis until the end of May before moving to a consultancy position at the club.

His first game in the Old Trafford dugout will be against Arsenal on Thursday, with United currently five points adrift of the Gunners and the top four.

Known as the godfather of German football, Rangnick has previously managed Hannover, Schalke, Hoffenheim and most recently RB Leipzig.

He notably led Schalke to the Champions League semi-finals in 2010-11, when they were knocked out by United.

Rangnick has also found success as a director of football for both FC Salzburg and Leipzig.

United's football director John Murtough said: "Ralf is one of the most respected coaches and innovators in European football.

"He was our No1 candidate for interim manager, reflecting the invaluable leadership and technical skills he will bring from almost four decades of experience in management and coaching.

"Everyone at the club is looking forward to working with him during the season ahead and then for a further two years in his advisory role."

Rangnick will become only the sixth German to manage in the Premier League, following in the footsteps of Felix Magath, Jurgen Klopp, Jan Siewert, Daniel Farke and Thomas Tuchel.

Former Tottenham boss Mauricio Pochettino — who currently manages Paris Saint-Germain — is the favourite to take over the United hotseat on a permanent basis next summer when Rangnick moves upstairs. 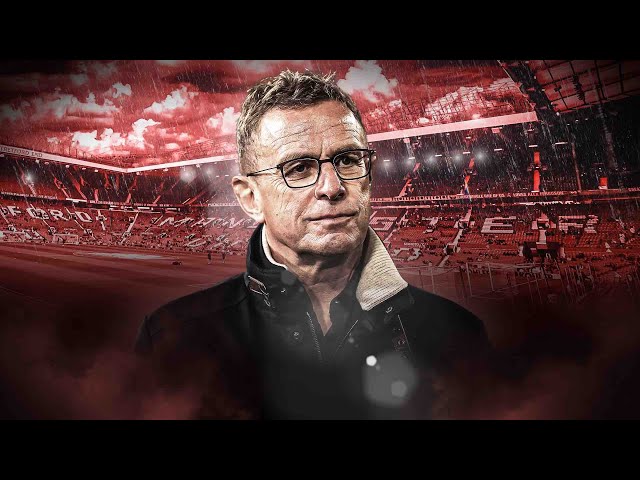 Mead, Oberdorf and Putellas in running for UEFA Women's Player of the Year award