In Focus: Champions League stars of the week

The Champions League roared back into action this week with four pulsating clashes kicking off the last 16.

Manchester City and Paris Saint-Germain did the business on Tuesday evening before Liverpool followed suit on Wednesday — though Bayern Munich could only steal a late draw against FC Salzburg.

Check out which four players we have picked out as our stars of the week.

A youth product of Sporting’s bitter rivals Benfica, Bernardo Silva had extra incentive to deliver a special performance for Manchester City in Lisbon — and the little maestro did not disappoint.

The 27-year-old netted twice, including a rasping half-volley, to help Pep Guardiola’s men to a 5-0 success which has all but secured City a quarter-final spot.

Guardiola said: "I always tell him, ‘You are the perfect player'.

"With the ball, he is more than exceptional, but I always say that he has to go and win games, you have to have the ability to do it. He has the technique, everything.

"This was his hometown and he loves coming back here. Of course, he is a former Benfica player, so this was special for him tonight."

There was a sense of inevitability when Kylian Mbappe picked up the ball in the dying seconds of Paris Saint-Germain’s tense first-leg clash with Real Madrid.

Effortlessly dancing between the helpless duo of Eder Militao and Lucas Vazquez, the 23-year-old then kept his composure brilliantly to slide a low shot through the legs of the onrushing Thibaut Courtois.

It was a goal fit to settle any contest and gives Les Parisiens a deserved lead to take to the Bernabeu — something that had looked unlikely after Lionel Messi squandered a 62nd-minute penalty.

Mbappe was a constant menace against a side who tried so publicly to sign him last summer and look set to do so again in a few months.

Los Blancos boss Carlo Ancelotti was effusive in his praise, saying: "Mbappe is the best player in European football.

"Mbappe is unstoppable. We have tried to control him. Eder Militao has done very well, but he is a player who always invents something."

Liverpool had to ride their luck at times against Inter Milan but will have been delighted to depart the San Siro with a 2-0 victory.

Having arrived as favourites to progress past the Italian champions, the Reds were indebted to their backline for helping them absorb some strong home pressure before twice striking late.

While Virgil van Dijk was officially named man of the match, it was Ibrahima Konate alongside him who really caught the eye with his most assured performance to date.

Making only his 15th appearance since joining from RB Leipzig last summer, the 22-year-old barely put a foot wrong all night.

Pundit and former Reds defender Jamie Carragher said: "He [Konate] is not really first-choice yet, it would normally be Joel Matip in there next to Van Dijk.

"Considering that he’s still a young player, the players he was up against and the atmosphere, his performance probably just edged big Virg for me."

FC Salzburg sprung the surprise of the week by holding Bundesliga champions Bayern Munich to a 1-1 draw in Austria.

It was far from a fluke either, with the youthful hosts causing plenty of problems for their more prestigious opponents — and attacking midfielder Brenden Aaronson was at the heart of their charge.

The 21-year-old American showed exactly why he has amassed such a burgeoning reputation by setting up five chances for his team-mates, including Chukwubuike Adamu’s first-half strike.

That puts him in esteemed company, with the last player to lay on so many chances in a Champions League knockout match being Lionel Messi against Celtic in 2008.

Aaronson also sits top of the competition’s distance covered table by a notable margin, having covered almost 12km more than any other player to date.

Arsenal legend Thierry Henry described himself as a "huge fan" of Aaronson during his time coaching in the MLS — now the world can see why. 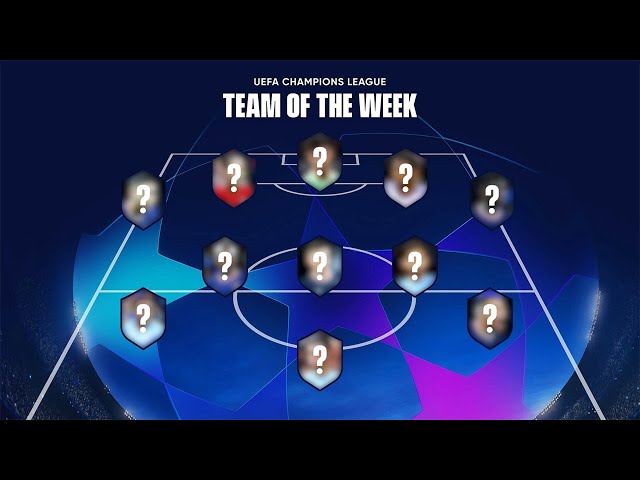