Real Madrid have finally opened up a gap at Spanish football’s summit — and Carlo Ancelotti will be looking to keep it that way when they travel to surprise package Real Sociedad on Saturday.

Among the other standout games this weekend, Barcelona entertain top-four rivals Real Betis as Xavi aims to remain unbeaten as manager.

Here is all the key information ahead of another tantalising set of fixtures in LaLiga.

Former table-toppers Sociedad suffered their first league defeat since the opening weekend last time out, going down 1-0 at Espanyol.

And it will be tough for Imanol Alguacil’s side to bounce back against rampant leaders Real, who have won nine of their last 10 games in all competitions.

The hosts can lean on the best home defensive record in LaLiga — just one goal conceded in seven matches.

But nobody has stopped Los Blancos from scoring on the road this season and they arrive in San Sebastian having netted a league-high 19 times away from the Bernabeu.

Two in-form strikers are set to go head-to-head at the Reale Arena. Real Sociedad’s Alexander Isak has been on target five times in his last 10 club outings in all competitions, while visiting No9 Karim Benzema currently tops the LaLiga scoring charts with 12 goals.

Sevilla should be confident of maintaining their unbeaten home record when Villarreal come to town — the Yellow Submarine are one of four LaLiga teams without an away league win this term.

A 2-1 loss at Real Madrid on Sunday was only the hosts’ second league defeat of the campaign and they have not lost successive LaLiga matches since March.

On the other hand, the visitors have not been in great form lately, losing four and winning just one of their last seven league fixtures.

Do not expect a high-tempo encounter at the Estadio Ramon Sanchez Pizjuan — Sevilla and Villarreal are two of the slowest and most intricate teams in Spain's top flight, with their average sequence of play lasting 11.95 and 11.44 seconds respectively.

Whether it is a new manager bounce or something more long-lasting, the appointment of Xavi seems to have had a positive effect on Barcelona.

The Blaugrana will try to make it three LaLiga wins from three under their legendary former midfielder, against a Real Betis side who themselves are on a run of four straight victories in all competitions.

Despite their struggles this season, Barca have been strong at home, winning five and drawing two of their eight league matches at the Camp Nou.

That perhaps does not bode well for the visitors, who have lost three of their last six away outings in all competitions, conceding nine goals in those defeats.

However, only Real Madrid and Atletico Madrid have scored more LaLiga goals this term than Betis’ 25 — although Barca have been more creative, totalling 21.7 non-penalty expected goals to the Verdiblancos’ 20.1.

Reigning champions Atletico Madrid will be aiming to secure three successive league wins for the first time this season when they host a Mallorca team who are winless in seven league games.

Diego Simeone’s men have not lost at the Wanda Metropolitano in LaLiga since February and they ought to be confident of keeping that streak going here.

The visitors have the division’s joint-third worst away record, having lost four and won only one of seven matches on the road since returning to the top flight.

As ever, Atleti remain formidable at the back, facing just 69 open play shots across the current campaign — by far the fewest in the league.

Mallorca could have some joy from set-pieces though. Only Sevilla (seven) have scored more goals from dead-ball situations than Luis Garcia’s team (five).

Victory for either of these strugglers at the Estadio Manuel Martinez Valero could see them pull clear of the relegation zone. However, they have each managed only one win in their last 11 and 10 games respectively.

Cadiz picked up three points most recently — winning 1-0 at Athletic Bilbao in early November — but they followed that up with successive defeats, shipping four goals on both occasions.

With a leaky defence that has been breached 27 times in 15 games, it is little surprise that Cadiz find themselves in 18th place.

Elche’s backline has been somewhat porous too, keeping just one clean sheet in their last 11 outings. 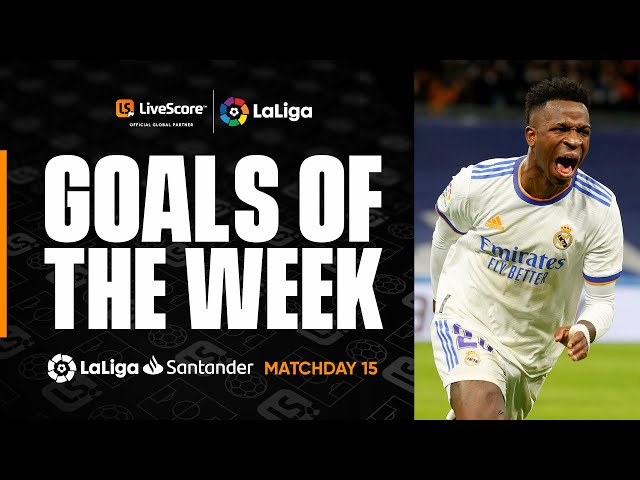