It’s great to have the Premier League back again with the Saturday night clash between Liverpool and Arsenal the standout game of the weekend.

The Gunners make the trip to Anfield in fantastic form and will be confident of causing an upset — but this is a whole different test to anything they’ve faced in recent weeks.

When it isn’t going right at the Emirates, players and staff seem to get a ridiculous amount of stick and the reaction after those first three games was almost like it was the end of the world.

But they've found their rhythm now and the momentum that has built with positive results has changed the whole feeling around the place.

I think it’s clear Mikel Arteta’s men are feeling the benefit of having a settled backline.

I can’t overstate the importance of building up those relationships defensively. It’s not as important in forward areas, where rotation is more commonplace.

In defence, you need that understanding of how your team-mates operate, what positions they take up — it helps you form little habits to complement their game.

Looking at Arsenal’s approach, the way they keep their clean sheets is very much through collective effort and hard work.

It’ll be interesting to see how they approach this one. They'll need discipline and to bide their time at Anfield — and you always have a chance with players like Emile Smith Rowe and Bukayo Saka in their current form.

The two English youngsters are already playing at an elite level and it’s great to see them getting international recognition for their efforts.

While Arsenal may view this game as a bit of a free hit, Liverpool will know it’s one they have to win.

With a draw against Brighton followed by a defeat at West Ham prior to the international break, more dropped points would set alarm bells ringing.

Having been in a title-winning dressing room, I can tell you there will be plenty of internal pressure to get a result.

You don’t tend to take much notice of what’s being said from the outside. But those players will be aware of the implications if a gap starts to build behind Chelsea and Manchester City.

It’s fair to say Liverpool haven’t been their usual imperious selves at the back this season.

Sides are aware of how to hurt them — but that’s always going to happen when you have a manager in charge as long as Jurgen Klopp has been. 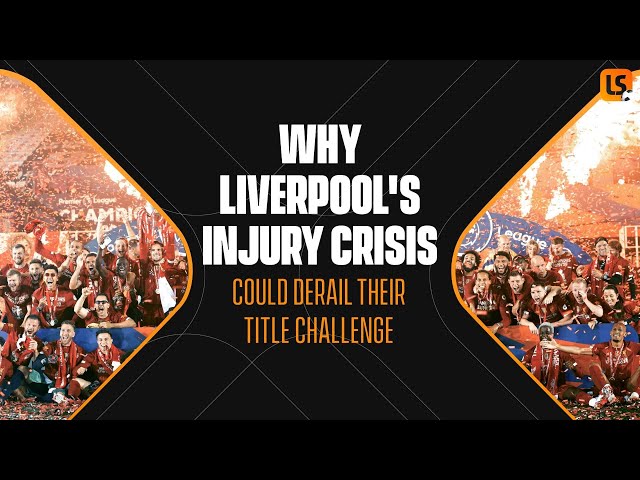 Coaches have been coming up against the German’s teams for several years now and have developed a clearer understanding of what may work against them and what will not.

Much has been said of Virgil van Dijk’s performances in recent weeks — but I knew how tough it was going to be for him post-injury.

When things aren’t going right at the back, the Reds normally have the quality to bail them out in attack.

But I do worry about their squad depth. It’s not even that their fringe players aren’t up to scratch — they would walk into many other Premier League sides.

For me, the issue is that trying to replace someone like Mohamed Salah or Sadio Mane is near impossible — and that’s a reality they’re going to face when the Africa Cup of Nations takes place.

There have been three new managerial appointments in the Premier League since my last column — and while we’re talking about Liverpool, Steven Gerrard’s arrival at Aston Villa is a good place to start.

I've heard some people describing the appointment as a risky one. But I don’t see it that way.

For where Villa are as a club and where they’re hoping to get to — combined with where Stevie is on his managerial journey — I think it’s a perfect fit.

It made me laugh in the week to hear some people suggesting he and Frank Lampard only get offered these jobs because of who they are and that they haven’t earned the right to go in that high.

What a load of rubbish!

I’ll tell you right now, that Villa changing room is quite young and the players will all look up to Gerrard for what he has achieved.

While I think them keeping well clear of a relegation battle will be Gerrard’s top priority, ex-Villans boss Dean Smith would snap your hand off for safety with Norwich.

Even though he’ll be fully intent on securing survival, both club and manager are aware the risk of relegation is high at Carrow Road.

Smith has Championship promotions on his CV and the club know that if their worst fears are confirmed, they’ve hired a man who can return them to the top flight at the first attempt.

To be honest, I didn’t see Daniel Farke’s sacking coming given he had signed a new contract during the summer but the club clearly felt it was time for a change.

Finally, Eddie Howe has taken charge at Newcastle — and this is the one appointment I’m not yet convinced on.

Don’t get me wrong, I’m not saying I expect him to fail. Howe did a great job at Bournemouth and is certainly capable of making an impact.

I’m just not sure he’s the right man for what the new owners want to achieve.

Relegation is a real possibility if results don’t improve and it’s a huge few months ahead in the grand scheme of the Newcastle project.

Good luck to all three managers!

Leicester have been unusually inconsistent this season and it’s hard to pinpoint exactly where things are going wrong. You need to be at your very best to get anything against Chelsea.

A home game to start for Stevie and it’ll be a great atmosphere at Villa Park. Both sides will try to play good football and I think Villa get a big win.

Palace have been brilliant but this will be a real test for them against a Burnley side who’ll be happy to sit in and stay compact. I still think they have enough about them to find a way through.

Brentford are getting a harsh lesson in life in the Premier League with four straight defeats. Newcastle will have a new manager bounce, even without Eddie Howe actually being in the dugout, but a draw seems about right.

A winnable first game for the new Norwich boss but Southampton may well have too much for them. The Saints have won three of their last four games 1-0 and I expect them to edge another tight encounter.

United are very hard to predict but I think their quality will probably shine through. Man for man, they’re better than Watford.

I think the international break will have done West Ham some good. David Moyes will have taken stock and be ready to go again and a point at in-form Wolves would be a solid result.

Like I said, Arsenal are in great form but they’re coming up against a top-class side for the first time in a little while. Klopp will have his troops fired up and it’ll take a herculean effort for the visitors to get anything.

Everton have had a rough run of results but I think their tough upcoming fixtures will suit Rafa Benitez. Rather than having to entertain, he can concentrate on setting his team up to try and nick something. I think City have too much for them but it’ll be close.

Antonio Conte has had additional time to start implementing some structure and the open nature of Leeds will suit the hosts. After Harry Kane’s performances for England, you’d expect him to take any chances that come his way.