The Nigerian has already netted five goals in Serie A and four in the Europa League for Luciano Spalletti’s surging side.

A winner at Torino last Sunday was followed by a strike off the bench on Thursday night against Legia Warsaw.

With the table-toppers playing Roma this evening, we take a look at the 22-year-old’s coming of age season.

It was not plain sailing for Osimhen following his £59million move from Lille.

He suffered a dislocated shoulder on international duty and contracted coronavirus before Christmas.

But the 2020-21 campaign was far from a waste. The support from the club and the city of Naples was not missed by Osimhen.

It has undoubtedly helped him hit the ground running this season.

Speaking recently, he said: "They trust me and stood by me through the tough start last season.

"The love I enjoy is massive — the club, the city, the supporters, and everyone connected to Napoli make me fly.

"I play for an incredible club with huge football history. I only have to focus and give my best all the time."

Despite the narrative that he flopped in his first season, Osimhen actually scored nine goals in the final 14 Serie A games.

A return of 10 from 24 overall was not bad — it just was not quite what was expected of such a big-money signing.

By starting with five in seven in the league in 2021-22, Osimhen has quickly shown that his prolific finish to last term was no flash in the pan either.

Add in four goals in three Europa League games and two for Nigeria in World Cup qualifying and it is easy to see why he is classed as one of the most exciting forwards on the planet.

"He is very quick and strong. He is growing and understanding what his strengths are."

And that is what makes him so dangerous to opposition teams.

Osimhen is clearly a goalscorer, yet he brings so much more to the table.

He has completed an impressive 60% of his take-ons this season and not a single Serie A defender has shown they can match him for pace.

Meanwhile, his winner against Torino saw him leap an impressive 2.52 metres off the ground to meet a high ball in the box with his head.

There are few players in the league who could have done that — and it drew comparisons with Cristiano Ronaldo’s famous header against Sampdoria in the Italian press.

Azzurri legend Fabio Cannavaro said: "The goal he scored against Torino was incredible.

"When Cristiano Ronaldo did it, everyone praised him and put in how many meters and centimetres he jumped."

As well as occupying defenders, Osimhen has shown his clinical edge for Napoli.

The Nigerian has scored five of the seven big chances he has had — a better ratio than the likes of Ciro Immobile, Duvan Zapata and Lautaro Martinez.

He has only had nine shots on target in the league yet has found the net with five of those, showcasing remarkable composure.

Though he has pace to burn, it is his natural striker’s instinct that has got him in the right place this year.

Four of his five league goals have come from finding space and converting crosses or cutbacks into the box from team-mates.

If Osimhen continues his current trajectory, Napoli will struggle to keep hold of their star striker.

Paris Saint-Germain have been linked with a swap move as recently as this week, while Liverpool were rumoured to hold an interest in the past.

But Napoli will hope he help them to win a first Scudetto in 32 years first before any potential departure.

As one time Gli Azzurri defender Mauro Bonomi put it, this could be a magical year for the city.

He said: "He is a force of nature, has it all and is a great striker. Napoli made a great purchase and this will be the year of the consecration.

"I don’t know if he will be in first place in the top scorer, but he will be decisive for his team." 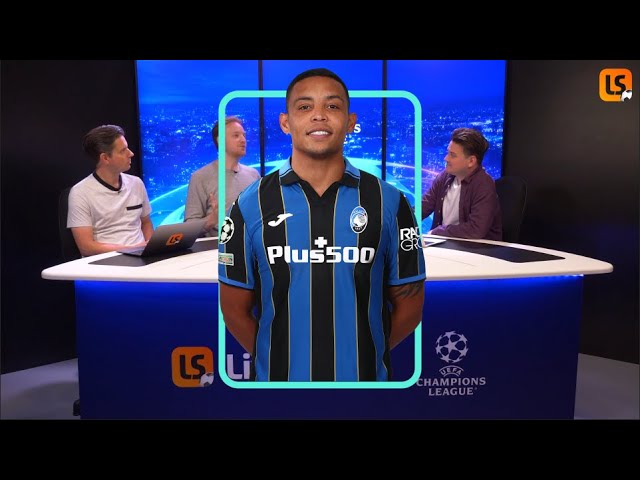 Today on LiveScore: One of year of Tuchel and transfers latest

Today on LiveScore: One of year of Tuchel and transfers latest