In Focus: All roads lead to Rom after duo's Italian escape

Romelu Lukaku has looked every bit the £97.5million striker since his return to Chelsea from Inter Milan.

But with Olivier Giroud heading to AC Milan and Tammy Abraham joining Jose Mourinho’s Roma revolution, the Blues may have left themselves short of options up front.

Ahead of today's London derby showdown against Tottenham, we look at the potential impact a Lukaku injury could have on Chelsea and how Tuchel might cope in his absence.

Back with a bang

Tuchel's arrival at Stamford Bridge in January sparked Chelsea into life and the Blues shot up the Premier League table as well as bringing home the Champions League.

The German tactician's switch to a back three shored up their defence while still seeing his side create a host of chances.

But Chelsea underperformed their expected goals (xG) by 10.66 over the course of the 2020-21 season and Lukaku, 28, was brought in to start finishing opportunities.

The returning frontman took just 15 minutes to get off the mark in his second spell at the club as he netted in the opening-day win over Arsenal, following up that effort with a double against Aston Villa and the winner in the clash with Zenit.

Lukaku — who already boasts two man-of-the-match awards this season — has also been adept at holding up play and occupying centre-back, allowing the likes of Mason Mount, Kai Havertz and Hakim Ziyech to thrive.

End of the road for Giroud and Abraham

Academy graduate Abraham's time at Chelsea was finally brought to an end this summer as ex-Blues chief Mourinho brought the hitman to Roma.

The six-cap England international scored 30 goals in 82 games for the club — including 18 strikes in the 2019-20 season where he led the line — but failed to convince a series of bosses he was the man to spearhead the club's attack long term.

Veteran team-mate Giroud also headed for pastures new in Serie A and has been paired with Zlatan Ibrahimovic at AC Milan.

Abraham, 23, has two goals and two assists for his new employers, while 34-year-old Giroud chipped in with two strikes in a man-of-the-match performance against Cagliari.

Abraham and Giroud combined for 63 appearances last season, so have Chelsea left themselves short of options should Lukaku pick up an injury?

Timo Werner scored three goals in three games for Germany during the recent international break and clearly still remembers where the net is.

But he has yet to strike for Chelsea this season after managing just 99 minutes of action across four appearances.

Largely deployed as a central striker last term, Werner's pace was a huge asset for the Blues and he chipped in with 12 goals and 15 assists.

But his consistency in front of goal was questioned and Werner, 25, seemed to struggle to cope with cruel comments on social media.

Last month, he said: "The media is getting bigger and bigger nowadays. Of course, when you play good you are the hero everywhere, but when you play badly it is a totally different story. You have to step away from that and concentrate on your football."

On current form, Werner would be a sizeable downgrade on Lukaku but the speedster still fits the Blues' system — albeit with different attributes to the Belgian bulldozer — and could lead the line effectively if he regains his confidence in the box.

While Werner would be unlikely to match Lukaku's goalscoring on his own, Havertz — who can operate as a false nine — has shown he can be relied upon to shoulder some of the burden and scored the winner against Manchester City to seal the Blues' European triumph.

Chelsea have a wealth of attacking midfield options, which include Callum Hudson-Odoi after he was prevented from leaving this summer, who could be used in a free-flowing formation without the need for a central striker should the need arise.

Any side would be weakened by an injury to a player of Lukaku's stature but the Blues have the firepower to compete for trophies without their talisman, even if they will hope they do not have to. 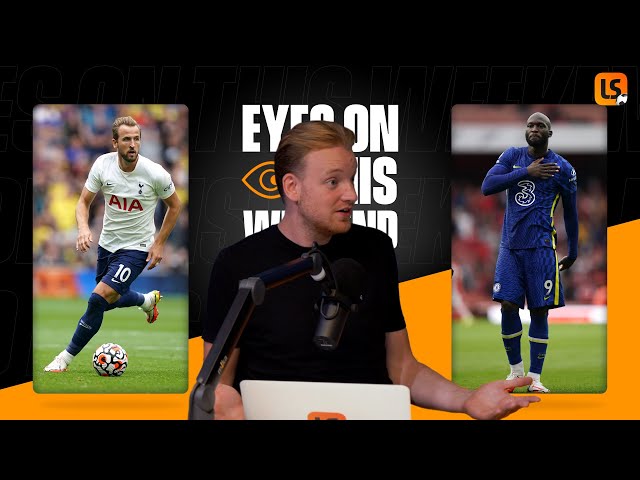