Liverpool face the biggest test of their title credentials when the Africa Cup of Nations kicks off next month — meaning they will be without Mohamed Salah, Sadio Mane and Naby Keita.

Salah will spearhead Egypt’s bid for a record-extending eighth AFCON while Mane will be a key man for two-time runners-up Senegal and Keita is an integral part of Guinea’s squad.

With nations able to call upon their players after Sunday's trip to title rivals Chelsea and the tournament lasting until February 6, the Reds could be without the trio for five league fixtures.

Ahead of Liverpool’s Premier League trip to Leicester tonight, we identify the players who could step up to fill the void during AFCON.

Roberto Firmino missed eight games in all competitions after suffering a hamstring injury against Atletico Madrid at the start of November.

The Brazilian, 30, made his first start since returning to fitness in Liverpool's dramatic Carabao Cup quarter-final win over Leicester last week — and his timing could not have been better.

Prior to that injury suffered in the Champions League, Firmino had scored six and assisted a further three in all competitions, earning praise from boss Jurgen Klopp.

The German said: "I’m sure people will write books about how he interprets the false nine position.

"I won’t say he invented it, but the way he plays, from time to time it looks that way. Some of the defensive things he did on the pitch are absolutely insane, Bobby knows how much we appreciate what he is doing."

Now he is fit again, Firmino will look to pick up where he left off before the interruption.

This time a year ago, Takumi Minamino was about to leave Liverpool to join Southampton on loan for the second half of the season after making just two Premier League starts.

The Japan international impressed with Ralph Hasenhuttl’s men, scoring twice in nine starts and returned to Anfield during the summer to fight for his place.

Yet to make a league start this term, the 26-year-old has featured more regularly in the cups, scoring four times en route to the Carabao Cup semi-finals and bagging in the 4-0 demolition of Arsenal.

But with Salah and Mane heading to AFCON, the former FC Salzburg attacker has a chance to force his way into Klopp’s thinking.

Minamino’s versatility — he can play wide, centrally or in a withdrawn role — and his tireless work rate out of possession should ensure he sees action.

Tyler Morton has enjoyed a rapid rise to prominence in recent weeks and is set to benefit from Keita's time in Cameroon.

Morton, 19, only made his Premier League debut against Arsenal in late November and was handed his first top-flight start in the 2-2 draw with Tottenham prior to Christmas.

The Wallasey-born teen has not looked out of place, displaying a calmness in possession beyond his years.

And Morton already has a big advocate in Reds legend Jamie Carragher.

Speaking after the youngster’s first Champions League start away to AC Milan, he said: "I thought Morton was outstanding in midfield, he was fantastic.

"A teenager playing for Liverpool — one of the biggest clubs in European football and your hometown club — in the San Siro."

Another member of Liverpool’s prodigious group of academy graduates who might expect to see more action in the coming month is 17-year-old Kaide Gordon.

A winger or attacking midfielder, Gordon joined Liverpool from cash-strapped Derby in February for a fee that could reach £3million with add-ons.

Gordon, who made a solitary appearance for the Rams as a 16-year-old, was handed his Reds bow in the Carabao Cup third-round win at Norwich in September and has twice been on the bench in the Premier League recently.

Left-footed but comfortable cutting in from the right like Salah, the teenager is a tricky dribbler with tight close control and a knack for the killer pass.

The Premier League is a big step up. But with a packed schedule ahead, expect Gordon to be involved.

Divock Origi is Liverpool’s Mr Reliable — ready to shine when there is no one else.

The Belgian forward has already had his moment this term, nabbing a stoppage-time winner against Wolves at the start of December.

Origi, 26, followed that up with the decisive goal three days later at the San Siro as a young Liverpool side finished their Champions League group campaign with a 2-1 win against Milan.

By Klopp’s own admission, Origi deserves to play more.

Speaking after his dramatic intervention at Molineux, the Liverpool boss said: "He’s an incredible striker. For different reasons he did not play that often but I hope one day he finds a manager that plays him more than I do.

"He’s one of the best finishers I’ve ever seen in my life."

With Diogo Jota the Premier League’s in-form forward and Firmino back from his lay-off, Origi will have to remain patient for his chance. 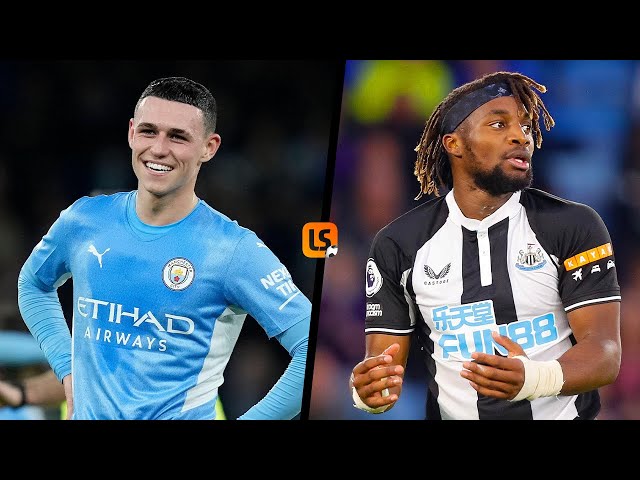 Talking Tactics: How Ten Hag will cope without Casemiro in midfield

Kompany 'very sceptical' of those pointing fingers at Man City

Atsu still missing after initial claims winger had been rescued