Karim Benzema may be approaching the age of 34 — but he is in the form of his life.

Benzema played a direct role in 15 goals during the first six games of the new LaLiga season (eight goals, seven assists), which is the highest such tally of any individual this century.

Ahead of France’s Nations League semi-final against Belgium, we turn the spotlight on Europe's most in-form marksman.

Real Madrid’s pursuit of Kylian Mbappe to partner the likes of Vinicius Junior and Rodrygo during the summer looked to signal their intention to usher in a new era of young Galacticos.

But veteran No9 Benzema has shown his time at the top level is far from up in what is his 13th season at the Spanish giants.

After an impressive 30 goals last term, he is on course to better that tally in 2021-22 after starting the campaign in red-hot form.

As of the international break, Benzema already has nine goals and seven assists in eight games, as well as a further strike in the Champions League.

The statistics show Benzema is improving with age — scoring more than 20 LaLiga goals in his last three campaigns having only managed to do so in two of the previous eight seasons.

Not only is he maintaining his remarkable prowess in front of goal, he is also showing there are multiple strings to his bow by improving his creative output.

His seven assists already this season means he is just two away from equalling his total from 2020-21.

On his gradual improvement through his career, Benzema said: "I’ve become conscious of this necessity in the last three to four seasons.

"You have two solutions when you reach your thirties — either you take charge of yourself to look after your physique, and transform your body, or you let yourself go and your career ends rapidly."

Not only is Benzema proving he still belongs at Real, but he has virtually carried the side on his own as they continue to deal with financial woes behind the scenes.

While Real sit top of LaLiga after an impressive start, cracks have started to show after successive defeats against Champions League minnows Sherrif and bottom-half domestic opponents Espanyol.

Those losses were in no way down to a lack of effort from Benzema, who netted in both games, with Villarreal and Inter Milan the only two sides to shut him out in 2021-22.

Benzema has been involved in an incredible 72% of all Real’s goals this season (16 out of 22).

After the striker scored twice in a 4-1 win over Alaves, manager Carlo Ancelotti said: "Benzema completes this team, he reads situations very well.

"He is a player who to call a forward seems to be too little for me. He is a very complete player and more complete than five years ago."

Benzema is at the start of a new journey with a national team too after being recalled from a six-year exile for France’s Euro 2020 campaign this summer.

The forward had not been selected since 2015 but coach Didier Deschamps decided the time was right to bring him back in.

Despite a disappointing campaign for France overall, the decision to include Benzema was vindicated after four goals in four games saw him finish joint-third in the tournament’s top scorers.

Having only just rekindled his international career, it is unlikely Benzema will want that to end any time soon and has clearly expressed a desire to win silverware with his country.

Speaking ahead of their semi-final with Belgium, he said: "I came back to win a title with France. All you have to do is look at [the teams in] the final four — Belgium, Spain, Italy and ourselves.

"It’s tough competition. Especially for me with the French national team. It’s going to be competitive."

Hunt for the Ballon d’Or

A desire for individual accolades could be driving Benzema's incredible form too.

Despite a stellar career where he has won almost everything there is to win, the Ballon d’Or is one honour that has always alluded him.

After spending so many years in the shadow of five-time winner Cristiano Ronaldo at Real, 2021 could be the year the French forward finally wins it.

In terms of numbers, his 39 goal involvements in 2021 place him behind Erling Haaland (50), Robert Lewandowski (43) and Kylian Mbappe (43), suggesting he may still have some work to do to come out on top.

Asked whether he had his sights on the crown, Benzema said: "You have to think about it when you’re ambitious.

"But it should definitely not be an obsession which you focus on, which makes you think that you have to do well individually and score goals for yourself.

"If you win it, it’s because of what you are, what you show on the pitch."

Helping France secure Nations League silverware by continuing his prolific form would do his chances no harm at all. 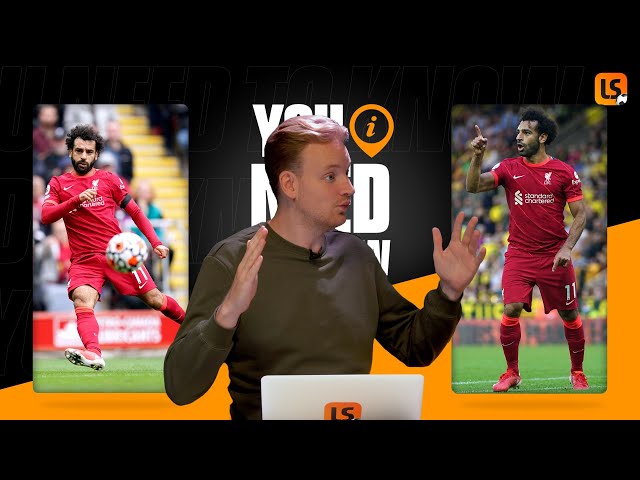