In Focus: Varane can be missing piece in United's hunt for silverware

Ahead of the Red Devils’ clash with Newcastle this afternoon — where most of the attention is sure to be on a certain No7 instead— we consider whether the defensive duo can help bring a first Premier League title in nine years to Old Trafford.

Solskjaer’s side shipped more goals than any other top four team last term (44) — that was 12 more than Manchester City and eight more than Chelsea.

But Varane’s arrival should go some way towards resolving the defensive frailties that the Red Devils have suffered in recent times.

Real Madrid conceded the second-fewest goals in LaLiga during 2020-21 (28), with Varane a key cog in their miserly backline.

United and Solskjaer have put a star-studded squad together since the Norwegian took over — but it is a unit that is still striving to win their first piece of silverware under their current boss.

Varane on the other hand, has won three LaLiga titles, four Champions League trophies and the the 2018 World Cup with France.

New defensive partner Maguire is well aware of the invaluable experience that the 28-year-old will bring to the Red Devils.

The United skipper said: “I think you’ve seen what he’s won over his career.

"He’s played in some of the top teams about — the French squad and the Real Madrid team — and he’s won absolutely everything.

Ever since Maguire’s £80million arrival from Leicester, the England defender has never had a regular centre-back partner.

Victor Lindelof appeared most frequently alongside Maguire last season, but the Swede has so far failed to live up to the potential that he displayed at Benfica before moving to Old Trafford.

Eric Bailly is arguably a better option, yet his torrid injury record has seen the Ivory Coast star miss out too often for Solskjaer to rely on him.

Varane looks set to finally become the partner that Maguire has longed for — and after spending over £40m on the Frenchman, the United hierarchy will expect him to take the club to the next level.

Varane will bring an added level of quality to Solskjaer’s outfit, with and without the ball.

The Frenchman has garnered a reputation as a defence-first centre-back, and that was reflected in his 3.65 clearances and 1.99 headed clearances per 90 minutes last season — both of which were inside LaLiga’s top 30 players.

But he also played an integral role in kick-starting attacks for Real and France.

Varane is remarkably comfortable with the ball at his feet and achieved a passing accuracy of 89.58% in 2020-21, which was the 28th-best record in Spain’s top flight.

Both of the last two Premier League champions have seen centre-back signings inspire their respective sides to the title.

Virgil van Dijk marshalled Liverpool’s impenetrable defence in 2019-20 as they won the league for the first time in 30 years, before his long-term injury last term proved pivotal in their demise last term.

Ruben Dias swapped Benfica for Manchester City in the summer of 2020 and helped Pep Guardiola’s men finish top of the table instead, conceding the fewest goals in the division (32) along the way.

Solskjaer will be hoping Varane can have the same impact on his side’s title charge as the pressure to win silverware continues to grow at Old Trafford. 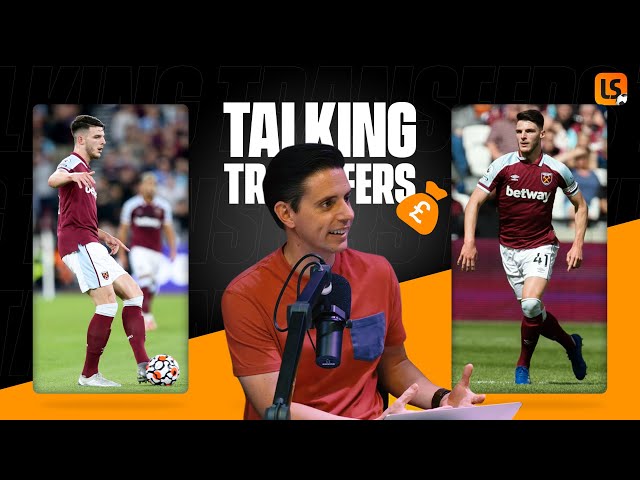