In Focus: Hak is back to his best at Chelsea

Hakim Ziyech has endured an injury-plagued campaign at Chelsea but the Moroccan’s fortunes appear to finally be improving.

The 29-year-old netted in three straight Premier League games prior to an Achilles tendon issue and picked up where he left off by bagging in the Blues' 2-0 FA Cup quarter-final win over Middlesbrough.

With Chelsea back in action against Brentford on Saturday, can the tricky winger continue to establish himself as a reliable goalscorer under Thomas Tuchel?

When Ziyech was forced off in the first half of the Super Cup final in August, it was to prove the first of several setbacks this term.

The winger tormented the Spanish side for 43 minutes — scoring a well-taken goal — before an innocuous leap with opposing defender Juan Foyth left him grounded in agony.

Not only would the resulting shoulder issue keep him out of the Blues’ opening clash at Crystal Palace but it would go on to cause him discomfort for a further four months.

More recently, pain in his Achilles forced him off against Lille in the Champions League last month.

He would go on to sit out games against Leicester, Luton and the Carabao Cup final loss to Liverpool, waiting patiently to regain his spot in the starting line-up.

For someone who has endured such a stop-start season, Ziyech’s output remains more than respectable.

The former Ajax star has registered 13 direct goal involvements in 32 appearances across all competitions, already surpassing the 10 he amassed in 39 games last season.

But the Moroccan clearly feels that return could have been even better without those fitness issues.

Speaking to Chelsea’s website last week, he said: "It’s crazy. Every time when you’re doing well you get an injury or whatever, something bad happens, and then you always have to start over again and over again.

"With injuries, it always comes at a bad moment. The games are coming quickly behind each other and there is also not a lot to work harder on.

"If you didn’t play, you do a bit harder training session than all the others, but it’s not always the fitness that you need when you come back after injury."

Eye for the spectacular

At his best, Ziyech is the true definition of a game-changer thanks largely to his wand of a left boot.

When deployed in his favoured position on the right flank, Chelsea’s No22 loves nothing more than gliding inside on to his stronger foot to unleash shots and crosses with devastating accuracy.

His low drilled strike against Brighton in January came from outside the area, as did a rasping 20-yard drive against Middlesbrough.

However, no goal better typifies Ziyech at his best than January’s wonder goal against Tottenham.

Given too much space on the edge of the area by Spurs, the 29-year-old shifted the ball into position expertly before bending a glorious curling effort into the top corner beyond a stranded Hugo Lloris.

Speaking at full-time, Blues boss Tuchel said: "I was right behind it. I had the feeling that it was a bit too high but it dropped in the right second and it was a brilliant goal."

Though his ability has never been in question, it has still proved a challenge for Tuchel to get the best out of Ziyech on a consistent basis.

It is no coincidence that his early-season struggles, where he was often forced to play centrally as the German coach opted for a back five, have vanished with a recent change of formation.

The winger has made no secret of his preferred role, either.

Ziyech said: "Everybody knows I think if I play wide, it’s my best position. So if we play four in the back most of the time I play on the right and when we play a back five there’s a different system.

"I think I had a bit more problems than most other players because I never used to play in a back five. I needed some time to adapt and to learn from it and improve."

Ultimately, just how good the Moroccan can be in the coming years at the top level may come down to his attitude.

His very public fallout with national team boss Vahid Halilhodzic — fuelled by a war of words over his commitment to training and general performance levels — saw him not selected for January’s Africa Cup of Nations.

By February, Ziyech had announced his immediate retirement from international football.

As football history shows, there are generally two sides to every spat and it may never emerge who was in the right or wrong in that particular situation.

One thing for certain is that if Ziyech’s recent club form continues, Morocco’s loss will very much be Chelsea’s gain. 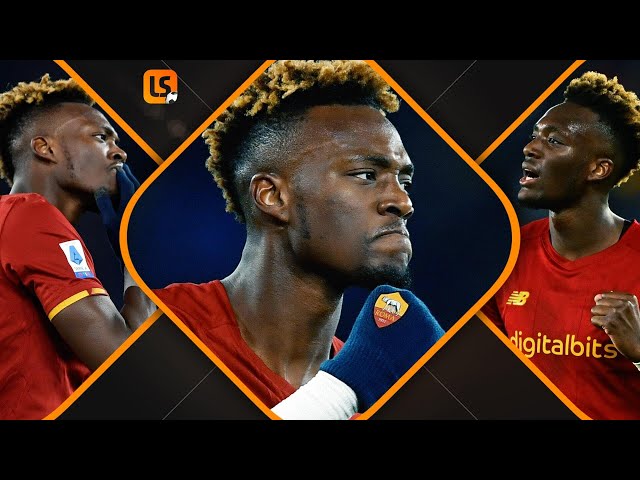