In Focus: LiveScore’s five FA Cup heroes of the weekend

When the FA Cup comes around, few headline makers are the household names we watch every week in the Premier League.

After the likes of Boreham Wood and Nottingham Forest pulled off famous upsets — Kidderminster and Plymouth went so close — we pick out the standout performers of the weekend.

There have been few crueler FA Cup ties in recent memory than West Ham twice scoring in stoppage time to break Kidderminster hearts.

Goals from Declan Rice in the 91st minute and Jarrod Bowen in the 121st saved the Hammers' blushes after Alex Penny had given Kiddy reason to dream.

But the National League North side have been rightly praised and Matt Preston, 26, was their man of the match for his truly superb performance at the back.

Only signed on loan from Solihull Moors two weeks ago, Preston’s display at centre-half drew many admirers.

Danny Murphy said: "Matt Preston was outstanding. You can only ask so much when you’re playing against talented opposition — effort, commitment, leadership, concentration.

"His performance was heroic. It reminded me of watching John Terry or Jamie Carragher-type performers. It was a sensational performance and he deserves all the plaudits."

At the same time as Kiddy came close to shocking the Irons, Plymouth pushed eight-time winners Chelsea all the way at Stamford Bridge.

The homegrown talent clearly has a bright future in the game, with the Blues only scoring twice from their 11 shots on target.

Saves to deny Mason Mount and Kai Havertz were the most memorable on the afternoon Cooper announced himself in the game.

Pilgrims boss Steven Schumacher said: "I know they hit the bar a couple of times and the post but if they are on target we expect our goalkeeper, who is top class, to make some good saves."

Boreham Wood’s 1-0 win at Championship big-spenders Bournemouth was the perfect end to a memorable weekend.

In the FA Cup, it feels like the stars are either youngsters just making their way in the game or older players looking for one last moment of glory.

Wood goalscorer Mark Ricketts, 37, falls firmly in the latter bracket with owner Danny Hunter paying for an injection so the club stalwart could play through injury.

Boss Luke Garrard explained: "Mark didn’t train Tuesday, Wednesday, Thursday or Friday. He came in on Saturday and did a minimal session.

"I said, 'You are walking us out at Bournemouth. I don’t care if it is 15 minutes or 20 minutes, you deserve it'. He goes and scores the winner. He has got a job for life if I am at Boreham Wood."

Plenty of football fans will have heard of Brennan Johnson during the January transfer window but not really seen him play.

Johnson, 20, has been linked with a plethora of Premier League clubs and he showed exactly why during Forest’s 4-1 thrashing of Leicester.

BBC pundit Alan Shearer said: "If Forest are not playing in the Premier League next season then I think this guy will be.

"He's got a really good understanding down the right-hand side with Djed Spence. He's got incredible pace to get in behind you.

"Not many will catch him. He's a very good player, very talented, only 20 years of age."

The highlight of Johnson’s display was his goal as he coolly passed the ball through the legs of Danny Ward to put the Reds 2-0 up.

The final star of the weekend goes not to a player, but the Crystal Palace fanbase.

Hartlepool boss Graeme Lee’s wife Gemma has an inoperable brain tumour and was given 12 months to live over two years ago.

The 41-year-old has fought bravely and has been looking to raise £60,000 so the family can afford the necessary medicine and drugs to keep that fight going over the next 12 months.

After Palace donated £1,000 and posted about the cause on their social media, the Eagles fanbase quickly got to work and donations soared past the target.

The mutual respect between the clubs will last for a long time yet with Lee thanking the South London side and admitting he will always watch out for their results.

Lee said: "It has blown me away. I can't thank them enough. We have had a hell of a three years. The support throughout has kept my wife and us all strong.

"What Palace have done and the support from fans, I haven't looked now but last time I did we've got over a year's supply of medication. It is phenomenal. I can't thank people enough." 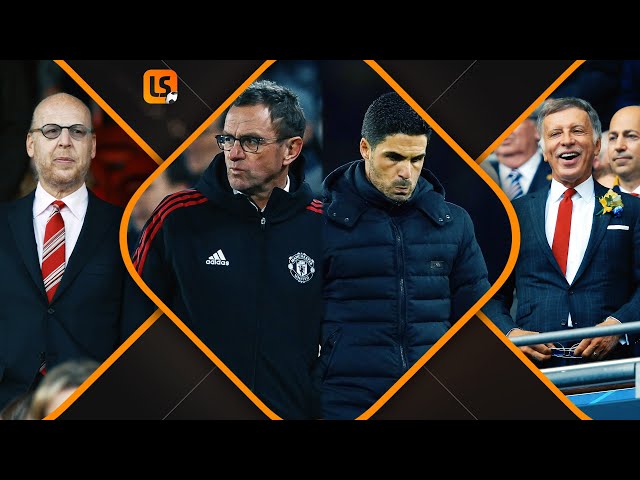