In Focus: Benzema chasing record for most goals in a Champions League season

Karim Benzema has been on fire this season and will be crucial to Real Madrid's chances of beating Manchester City tonight.

The Frenchman scored twice in the first leg of their Champions League semi-final to bring his tally to 14 for the campaign so far.

LiveScore run through the most prolific seasons in the history of Europe's premier competition as Benzema aims to fire Los Blancos into the final.

Lionel Messi scored 14 times in the 2011-12 Champions League and then went on to achieve a jaw-dropping all-time record of 91 goals for club and country in a calendar year.

But despite his exploits, Barcelona fell short to eventual winners Chelsea in the semi-finals, losing 3-2 on aggregate through Fernando Torres’ memorable late equaliser at the Camp Nou despite dominating the game.

Benzema is already at that mark this season and will be desperate to add to his haul in a victory tonight to give himself one more game to chase down the all-time record.

The Frenchman's hat-tricks against Paris Saint-Germain and Chelsea had filled the marksman with confidence ahead of his visit to Manchester as he again kept his side in the tie with a brilliant brace.

There is no reason why the Ballon d’Or favourite cannot replicate this stunning form against Guardiola’s Citizens under the lights of the Bernabeu tonight.

Cristiano Ronaldo scored 15 goals for Real in the 2017-18 season when they went on to win the competition for a third year running by beating Liverpool 3-1 in the final.

The Portuguese talisman was pivotal in their last-16 clash against PSG, netting three times across both legs and also bagged three against Juventus in the quarter-finals.

The Bundesliga outfit memorably defeated Barcelona 8-2 in the quarter-finals behind closed doors due to the coronavirus pandemic, with the Polish goal machine surprisingly only scoring once.

Lewandowski notched one of Bayern’s three against Lyon in the semi-final and went on to finish the season with 55 goals to his name.

Ronaldo also reigned supreme in the 2015-16 campaign, on target a record 11 times in the group stage and managed one in each leg of Real's last-16 tie against Roma to trump the Italians 4-0 on aggregate.

The iconic forward rescued Madrid with a heroic display in their quarter-final second leg against Wolfsburg, firing a hat-trick in a 3-0 win following a shock 2-0 loss in Germany.

Los Blancos defeated local rivals Atletico Madrid in the final when Ronaldo, as cool as ever, slotted home the fifth and decisive penalty in the shootout that clinched Real's 11th European title.

It had to be him — Ronaldo holds the record thanks to scoring 17 of his 140 total Champions League goals in the 2013-14 season.

The striking sensation was instrumental in the knockout stages in Madrid’s road to the final, which saw them clinch their 10th European title.

Real thrashed Schalke 9-2 on aggregate in the round of 16, with Cristiano bagging four across the two legs.

Los Blancos had it all to do at the Allianz following their narrow 1-0 win over Bayern in the first leg of their semi-final but blew the Bavarians away in a sensational 4-0 triumph with Ronaldo on the scoresheet twice.

Carlo Ancelotti’s men had seen rivals Atletico win LaLiga that season and faced Diego Simeone’s resilient outfit in the final, when Sergio Ramos equalised at the death to send the tie to extra-time.

Real had all the answers in the extended period and scored three, including a penalty from their prolific No7 that saw them emphatically win 4-1 in the Lisbon showpiece. 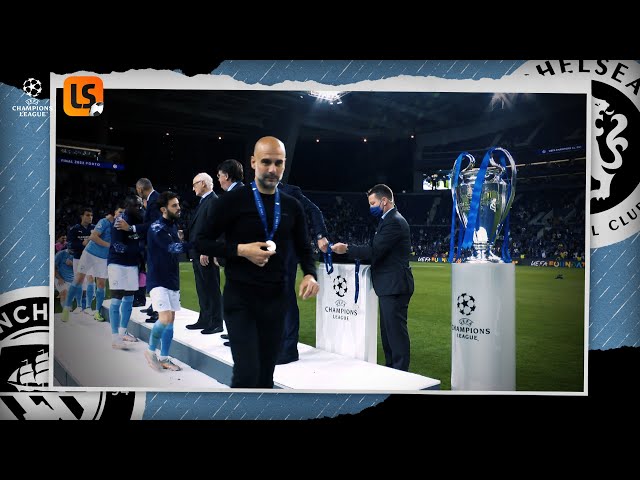