In Focus: Big-money White living up to the hype at rejuvenated Arsenal

Mikel Arteta’s Arsenal are up and running — and big-money signing Ben White has been at the heart of their charge towards the top four.

After a shaky start to the club’s Premier League campaign, the Gunners are now 10 matches unbeaten in all competitions.

Their rise has been built on a rock-solid defence, with £50million centre-back White a key component in the Arteta's resilient rearguard.

As Arsenal bid to break into the Champions League spots with victory at Liverpool tonight, we examine why the former Brighton sensation is going from strength to strength at the Emirates.

The knives were out for Arteta when the Gunners leaked an alarming nine goals in their first three league matches.

But a change of personnel brought about an upturn in fortunes.

Arsenal have conceded just 0.5 top-flight goals per 90 minutes since Aaron Ramsdale, Takehiro Tomiyasu and the returning Gabriel joined White in their starting XI — that is the second-best record in the division behind leaders Chelsea (0.38) over that period.

They head to Anfield on the back of three clean sheets in a row in all competitions, with 24-year-old White starting all of those fixtures.

Much was made of White’s difficult Arsenal debut against Brentford on the opening weekend of the season.

He only won 38% of his aerial duels against Ivan Toney, creating the perception the defender was vulnerable in the air.

But the reality is markedly different. Arsenal’s No4 has completed 2.22 aerial clearances per 90 this season, placing him inside the Premier League’s top 30 players for that metric.

While there are stronger elements to the Poole-born ace’s game, his aerial ability is not the weakness it is often made out to be.

Though White’s abilities at the back are unquestionably impressive, he has had a greater impact on Arsenal’s offensive play since arriving in North London.

Arteta’s outfit already had a commendable defensive record last season, conceding the third-least goals of any Premier League side (39).

But the Gunners struggled to transition from defence to attack, resulting in an inability to counter effectively.

That has all changed since White’s arrival at the Emirates — he is comfortable carrying the ball out from the back, stepping up into space in midfield and playing accurate passes to kickstart Arsenal’s attacks.

Building confidence from the back

Gunners legend Ian Wright believe the credit for the team's transformation lies with White and his colleagues Gabriel and Ramsdale.

Speaking earlier this week, he said: "When you look at his performances next to Gabriel, it’s very solid with the goalkeeper. It’s a very good team, those three are very solid.

"Now Arsenal are looking like, with the structure and the way the team is playing, you can see if it has to go long they’ll do that.

"But if a defender has to run it into the midfield and then go from there, we saw White setting up Emile Smith Rowe’s goal the other day.

"So we’re looking at a team now with a lot of confidence."

So there was a degree of surprise when he did not make the cut for the recent World Cup qualifiers — especially after Arsenal’s defensive domination in recent weeks.

The selection of team-mates Saka,  Smith Rowe and Ramsdale made the defender’s omission even more curious, with suggestions in some quarters that White is a superior centre-back to Conor Coady and Tyrone Mings.

The depth of quality in England’s rearguard is certainly not as great as in other areas of the team — so if White can continue hitting the same heights in North London, making the plane for Qatar remains a distinct possibility. 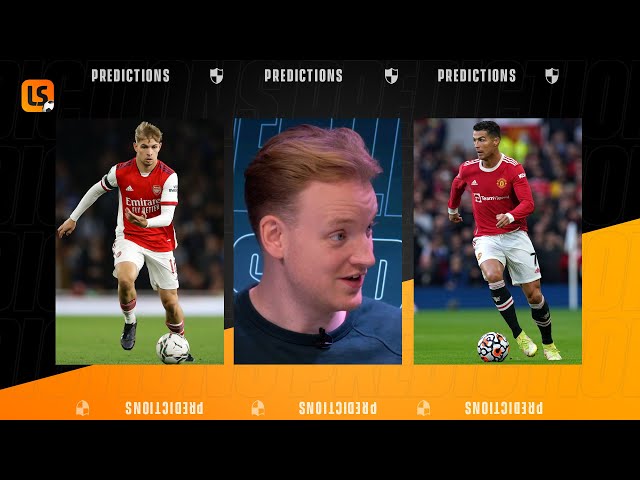