Hammers nail down Scamacca on a five-year deal

The 23-year-old forward follows Nayef Aguerd, Alphonse Areola and Flynn Downes to become the Hammers' fourth addition of the summer.

Scamacca scored 16 Serie A goals last term and featured twice for Italy in the Nations League in June.

The 6ft 5in hitman will wear the No7 shirt vacated by Andriy Yarmolenko at the London Stadium.

He said: "I am really excited to join West Ham. I’ve waited a long time for this moment — it’s been a dream to play in the Premier League.

"I feel like West Ham is the perfect team for me. They showed they really wanted me and when I spoke to the manager there was an instant understanding.

"I can’t wait to play and show the supporters what I can do in the West Ham shirt — I hope we will love each other."

West Ham boss David Moyes has been searching for a new striker for 18 months following Sebastien Haller's departure for Ajax back in January 2021.

The Scot said: "We’ve been looking to add more strength to our attacking options for a while, so we’re delighted to have got Gianluca in.

"He comes really well recommended — and we’re looking forward to working with him.

"He’s a young centre forward with a really bright future ahead of him."

He can also slot in as a left wing-back and helped German side Eintracht Frankfurt win last season's Europa League, with a run that included two victories over the Hammers in the semi-finals.

Kostic's agent, Alessandro Lucci, also represents Scamacca and it is believed he will stay in London to discuss another potential deal. 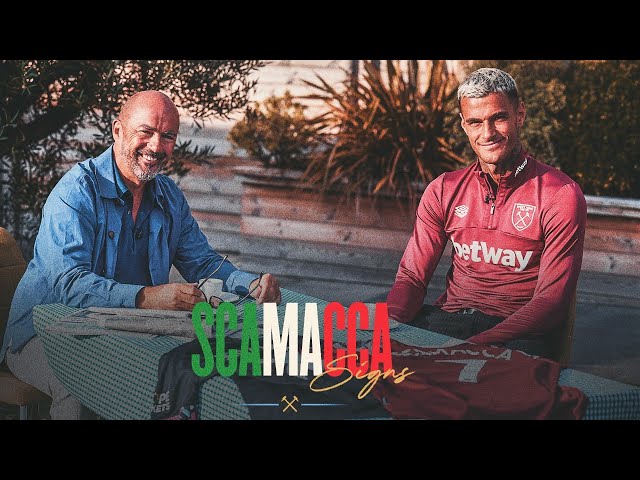