Football fans from the LGBTQ+ community have been let down by David Beckham’s decision to be an ambassador for the World Cup in Qatar.

That is the opinion of Carl Fearn, the co-chair of Arsenal’s official LGBTQ+ supporters group Gay Gooners, who has spoken exclusively to LiveScore on the off-field issues surrounding this year’s global showpiece.

Former England captain Beckham, 47, was reportedly paid in the region of £150million to take up his ambassadorial role, promoting the tournament and featuring on marketing campaigns for the host country.

His decision to accept, however, is something Fearn believes has done irreparable damage between him and some of the fans he has championed for throughout his career.

Fearn explained: "David has done an awful lot of visibility around LGBTQ+ issues, he’s appeared on the front pages of gay publications like Attitude and Gay Times — and that’s the kind of support that we want and need.

"Those role models are so important, especially for younger people to see. But I’m afraid David has literally thrown 10 years of good work in the bin over Qatar.

"We’ve heard nothing from David Beckham since this all came to light."

Though the football side of the tournament has progressed serenely so far, Qatar continues to face huge scrutiny over their suitability to host a World Cup.

Several investigations have shed light on the number of migrant workers who died building the tournament’s stadia, while the country’s stance on homosexuality has also caused significant problems.

Fearn believes that high-profile pundits, such as Gary Neville, and the players involved in the tournament must do more to highlight the issues at hand.

He said: "Gary Neville, as we all know, is very opinionated and very knowledgeable about football but I feel he maybe tries to protect the players from these issues a bit too much.

"Players are paid an awful lot of money. They earn more in a year than most people will earn in a lifetime.

"If it wasn’t for fans like us buying tickets, away trips, taking out TV subscriptions — there wouldn’t be any top-level football.

"Without the fans, there is no football so to say that the footballers have got to focus on this and that. They have plenty of time to devote to some of these issues.

"LGBTQ+ rights, along with women’s rights, are two of the biggest issues we face and I really do think footballers around the world could do more to help."

Fearn has also questioned FIFA’s decision to award the World Cup to Qatar given the organisation’s supposed desire to keep football inclusive.

Having been part of a group that protested outside the UK’s Qatari embassy on the eve of the tournament, he feels lessons must be learned when it comes to deciding on future hosts.

Fearn added: "One of the main things we have campaigned for is that never again should a World Cup be held in a place that criminalises LGBTQ+ people.

"Now I know many will say that would rule out huge swathes of the Middle East, South East Asia and so on.

"But there comes a point where if you’re going to make football for all, you hold it in a place where all are welcome.

"We’re not demanding that people change their religion or that their faith is challenged in any way.

"We just want them to wake up and realise that people like us don’t choose to be like we are — we just are."

You can watch LiveScore’s full chat with Carl Fearn from the Gay Gooners below. 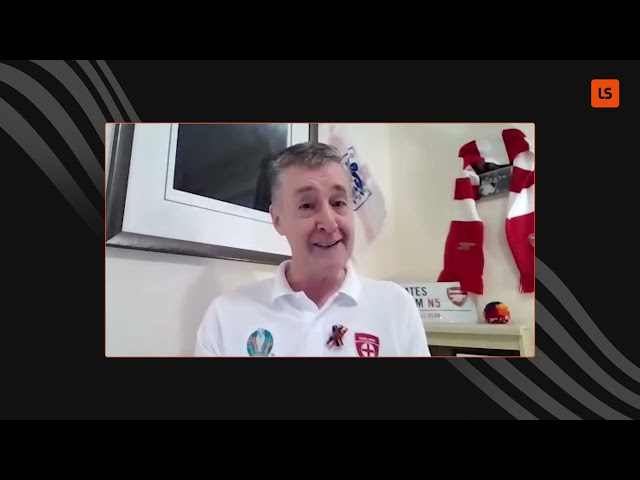 In Focus: Navas was Keylor-made for Forest's relegation scrap