Five managerial candidates who could help Everton beat the drop

Frank Lampard has been axed by Everton with the Merseyside outfit embroiled in a Premier League relegation battle.

The Toffees are one of six teams never to have suffered the drop since the 1992 rebrand but face a desperate struggle to maintain that record.

They are still regarded as a big club despite sitting two points from safety in 19th place and there will be plenty of bosses willing to take the risk in the hope of pulling off a great escape.

We take a look at five candidates as Goodison Park chiefs search for Lampard's replacement ahead of Arsenal's visit on Saturday, February 4.

Marcelo Bielsa won many plaudits for his swashbuckling style of play at Leeds.

The Argentine tactician, 67, would bring plenty of excitement and pedigree to the role and has experience fighting relegation in the Premier League.

He was axed from his post at Elland Road after failing to stem the flow of goals against his side, which makes him a risk.

But Everton's record of 15 strikes in 20 top-flight games is their main issue and Bielsa may have the answers.

Sean Dyche is another short-odds pick to take over on Merseyside thanks to his stellar record with Burnley.

He guided the Clarets to the Premier League twice in just under a decade at the club but was sacked in April 2022 with his side four points behind Everton in the relegation zone.

With a reputation for disciplined teams that are hard to break down, Dyche's football may not appeal to some fans.

But it is hard to argue with his results and the Englishman, 51, may be exactly what is needed in a dogfight.

Club legend Duncan Ferguson is a much-loved character on the blue side of Liverpool.

The notorious hardman played over 250 games for the Toffees, as well as two spells as caretaker boss, and handed the reins over to Lampard in January 2022.

Ferguson, 51, left his coaching role at Goodison in July to pursue managerial ambitions and could return to the familiar dugout for his first permanent role.

An Everton icon, Wayne Rooney's arrival would be warmly welcomed by fans.

The managerial rookie, 37, has cut his teeth in roles with Derby and current club DC United, who he took over in July.

But after going down a similar route with Lampard, the Toffees may decide to opt for more experience this time around.

Everton have not been the same club since steely Scot David Moyes left for Manchester United in 2013.

Boasting an impressive resume in English football, Moyes is currently facing a fight to keep his job at West Ham.

Trading one relegation battle for another would be an unusual move but do not rule it out. 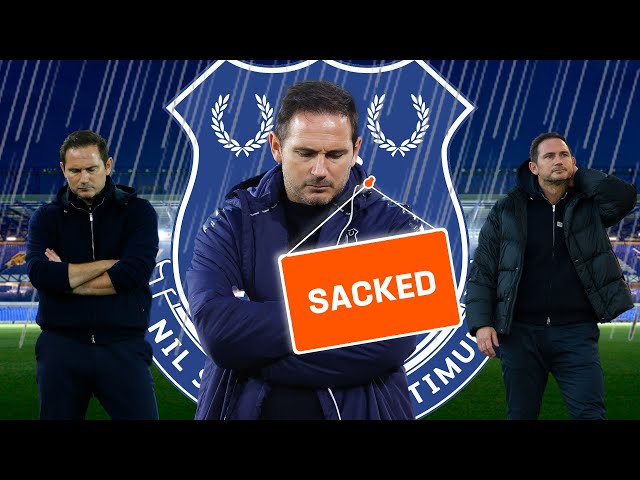