VIDEO: Will Rangnick's United be Mad for it in Spain?

It is always an occasion to savour when LaLiga and Premier League giants collide — and Atletico Madrid's showdown with Manchester United promises to be no exception.

United are in Spain tonight for the first leg of their Champions League last-16 tie buoyed by a thrilling 4-2 victory at Leeds last Sunday.

Ralf Rangnick's side are unbeaten in their last seven league games and can also take heart from their European form so far this term, which saw them edge Villarreal to top spot in Group F.

Diego Simeone's LaLiga champions, on the other hand, sit fifth in the Spanish top flight and have endured a turbulent recent run that has seen them win three and lose four of their last seven matches in all competitions.

Ahead of what promises to be intriguing Champions League encounter, Spanish football expert Graham Hunter joined LiveScore to give his thoughts on the match.

He said: "There are similarities between what's happening in Lancashire and the Spanish capital. He [Simeone] isn’t clear about how to fix things.

"If you judge on the way Atletico have blown hot and cold this season, it’s not as if everything is disastrous, there’s been a relaxation. When a really big trophy is won, there is often a relaxation." 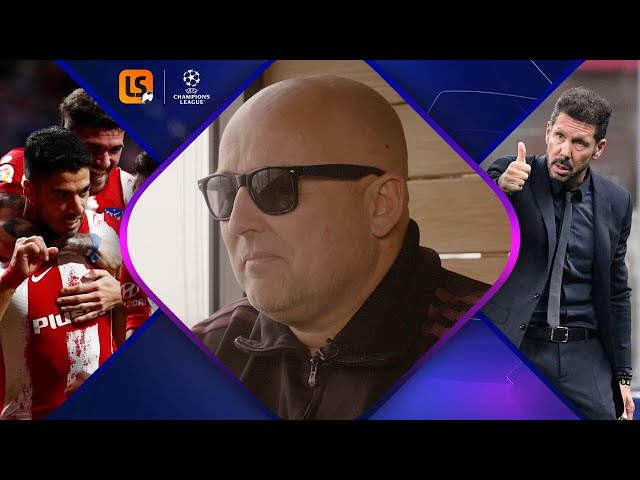 It has been more than 20 years since United faced Atletico in a European tie.

And despite an inconsistent season for the hosts, Rangnick's men will need to be at their best to get a result at the Wanda Metropolitano.

United have only won one of their last seven Champions League knockout phase ties in Spain and have not enjoyed a victory there since a 2-0 success at Deportivo de La Coruna in April 2002.

But Atleti have lost each of their last four Champions League games against English opposition — most recently losing home and away to Liverpool in this season's group stage.

Simeone's side will also be wary of Cristiano Ronaldo, who has scored 25 goals in 35 matches against the Spanish outfit.

Hunter added: "There’s absolutely no question that Atleti will be wary of attacking and pummelling United and then being done twice on the break.

"If you take the template of how United played against Villarreal in the two [group stage] games, Atleti will draw conclusions because Villarreal are similar to them.

"There are enough good players in Atleti’s squad. They have players who like to play on the front foot."