Everything you need to know about the 2022 World Cup draw

The 2022 World Cup in Qatar will see champions France bid to become the third nation to win the tournament back-to-back.

The two-time winners defeated Croatia in the 2018 final, with Didier Deschamps' side cruising to a 4-2 victory.

Qatar will be the second Asian country to host the tournament as 32 nations battle to claim honours in the 22nd edition.

We bring you all of the information ahead of next year's World Cup, which commences in November 2022.

When is the draw?

Although an exact date is yet to be confirmed, the draw for the tournament is set to take place in early April.

Due to the high temperatures in Qatar, the World Cup will take place in the winter months, with the first match being played on Monday, November 22.

How the draw works

Of the 32 teams who qualify, there will be 13 representing Europe, five from Africa, four from South America, five from Asia and three from the CONCACAF region.

The remaining two places will be decided by an intercontinental play-off, where one team from the South America, Asia, CONCACAF, and Oceania qualification processes will compete to fill the final two spots.

In 2018, the nations who qualified were placed into one of four pots based on their FIFA rankings at the time.

One team from each pot was drawn into a World Cup final group, meaning most of the top nations avoided each other until the knockouts began.

What is the format for the World Cup?

The next running of the World Cup will be the last to feature 32 nations, with the 2026 tournament set to increase the number of participants to 48.

The 2022 competition will still see eight groups of four, as it has done since 1998.

Each nation will play each other once, with the top two progressing into the knockout stages.

There will be an initial four matches played each day, with the group stages lasting 12 days.

The knockout stages will follow their standard format as 16 teams battle it out to become world champions.

Venues will only be assigned to matches once the draw for the finals has been made — meaning the tournament organisers can implement kick-off times that suit television broadcasters.

Each game will commence at either 10am, 1pm, 4pm, 7pm GMT, FIFA has confirmed — the final round of group games and each knockout match will kick off at 3pm or 7pm GMT.

The Premier League has announced that the domestic season in England will pause from November 13 and resume on Boxing Day to accommodate the World Cup.

Who has already qualified?

Germany and Denmark were the first two European nations to qualify, while Brazil became the first South American nation to progress.

A host of other countries will be looking to secure their spot in Qatar next year as we enter the final round of European qualifiers.

European champions Italy face an uphill battle to secure top spot in their group, while numerous others will be fighting for a place in the play-offs in a last-ditch attempt to progress to the finals. 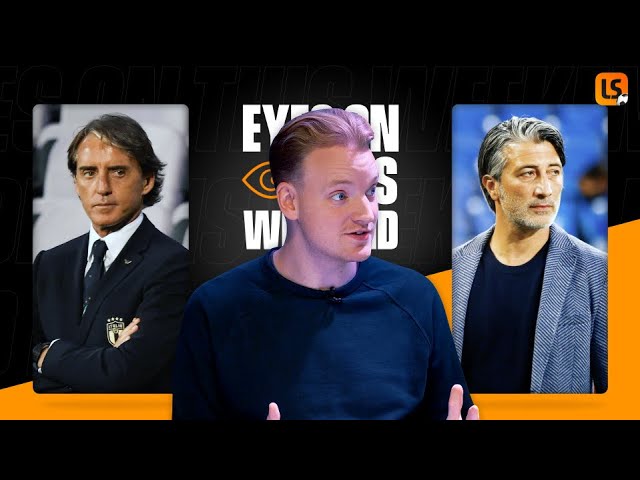