Throughout Euro 2020, LiveScore will be looking back at classic games from previous tournaments. Our latest column turns the spotlight on one of the most iconic matches in England's history — the 2-0 win over Scotland at Euro 96. As if it could be anything else ahead of the two nations meeting again tonight...

It is 25 years since England and Scotland met in one of the most iconic European Championship clashes ever — and as they prepare to do it all again, we remember that sun-bathed Wembley afternoon.

England do a nice line in glorious failure. A quarter of a century after reaching the semi-finals of the European Championship, that unforgettable campaign is still etched in the memories of Three Lions fans.

The nation came together as one to the sound of Baddiel, Skinner and the Lightning Seeds to roar on an unfancied team who, in time-honoured England fashion, came so close yet so far, bowing out in glorious failure.

Now remembered fondly, the England side of 1996 was not always so popular.

Alan Shearer had gone almost two years without a goal for his country and believed his place was under threat if he did not start well at a home Euros.

But worse was the reputational damage done by that now infamous night out in Hong Kong ahead of the tournament.

Given the night off by boss Terry Venables, England's players let their hair down — and then some.

Pictures of the worse-for-wear Lions were plastered all over the following day's papers, with particular focus on the so-called 'dentist's chair' where bartenders poured spirits into the players' mouths.

Speaking years later, Gascoigne said: "I was first in the chair because it looked like a laugh. Then a few of the other lads did it. It was good for team spirit."

Gazza bore the brunt of it, though.

Pictured shirtless on the front of The Sun, beneath the headline 'Disgracefool' and a sub-header of 'Look at Gazza...a drunk oaf with no pride', the heat was on.

England's hangover continued into the tournament. Despite being hosts and playing every game at Wembley, Venables' men were left frustrated in their Group A opener against Switzerland.

Shearer ended his goal drought in the 23rd minute but a penalty converted seven minutes from the end by Kubilay Turkyilmaz meant it was an underwhelming start for the hosts.

Next up were Scotland who, buoyed by a goalless draw against the Netherlands at Villa Park, scented blood.

Jamie Redknapp's introduction into the midfield helped Gascoigne no end. Eight minutes into the second half, England took the lead when Gary Neville crossed for Shearer to nod home his second of the tournament.

Scotland refused to roll over, though, and Gordon Drurie saw a header saved by David Seaman before being felled in the area by Tony Adams.

Gary McAllister stepped up to take the resulting spot-kick but Seaman managed to repel the midfielder's effort with his elbow. Scotland were deflated.

With 11 minutes remaining, England wrapped up the win in unforgettable fashion.

A long ball forward was touched on by Teddy Sheringham and Gascoigne, with impudence and impishness only he could conjure up, flicked Darren Anderton's through ball deftly over the head of Colin Hendry before hammering past Andy Goram on the volley.

Speaking last year, Shearer said: "It was a fantastic goal.

"We talk about the relief that I had when I scored in the first game against Switzerland, I think [about] the relief that Gazza had and that everyone had for him, because he was under huge pressure as an individual to go out and perform."

Manager Venables added: “Gazza’s come in like a train… how he’s seen Hendry there I’ll never ever know.

"He just flips it over his head and on his laces boom [smacks the back of one hand onto the other]. I mean it was just absolutely brilliant."

It was football perfection and the loveable Geordie crowned the moment by lying flat on his back next to the goal and waiting for his team-mates to squirt water in his mouth — mimicking the dentist chair in a pre-planned celebration.

The goal — and result against Scotland — has gone down in England folklore.

The Three Lions battered the Netherlands 4-1 in their final group game, beating the Dutch at their own game as things really clicked.

Best of all, from an England perspective, the Netherlands' consolation goal eliminated rivals Scotland.

In the quarter-finals, they banished their penalty agony of Italia 90 by beating Spain on spot-kicks following a goalless draw.

But heartache was just around the corner. After seeing off Spain, Germany got the better of England in the semi-finals with Gareth Southgate missing the decisive spot-kick.

The wait for international glory goes on but football had — albeit briefly — come home. 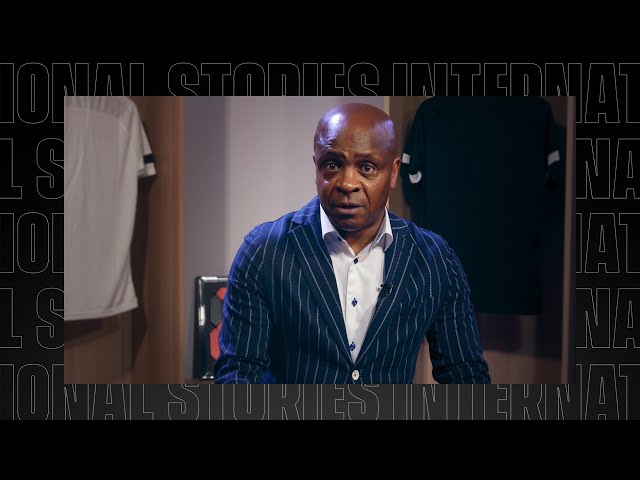 Southgate: Maguire in contention to start for England against Scotland