Twenty-five years after that iconic meeting under the twin towers of Wembley — Paul Gascoigne’s brilliance, David Seaman’s penalty save and all that — the two home nations finally clash once again.

England will be looking to make it two wins from two to secure their safe passage to the last 16 after beating Croatia.

Scotland, meanwhile, almost certainly have to get something from the game after losing to a ruthless Czech Republic side on Monday.

England got off to the best possible start on Sunday by beating their toughest group opponent on paper, Croatia, 1-0 at a sun-bathed Wembley.

The Three Lions tailed off after a bright start but eventually got their reward in the 57th minute when Raheem Sterling tucked home from Kalvin Phillips’ inch-perfect pass.

Victory went some way to atoning for defeat to Croatia at the semi-final stage of the 2018 World Cup in Russia.

Scotland, meanwhile, had more efforts on goal (19) and a higher expected goals score (2.24) than the Czech Republic at Hampden Park but went down 2-0.

Patrik Schick’s well-placed header opened the scoring before the Bayer Leverkusen forward bagged a stunning second after the break.

Spotting Scotland keeper David Marshall off his line, Schick took aim and lobbed the Tartan Army No1 from halfway with an impudent strike.

It’s been a big week for Leeds midfielder Phillips, who put in a coming-of-age performance in the Croatia win — his tournament debut as an England international.

Often accused of being safe in possession, the 25-year-old bossed the midfield. He hustled and bustled, thriving in a more advanced role than normal.

Speaking afterwards, England boss Gareth Southgate was effusive in his praise of the man nicknamed ‘The Yorkshire Pirlo’.

He said: "Kalvin Phillips is a player who is so understated. He has had a fantastic start to his international career. I thought he was immense throughout the game — as they all were.

"Working with Marcelo Bielsa and having the season he has gave him confidence, but all the attributes were there. High performance, low maintenance — we like that a lot.”

He might never be Manchester United’s leading man but, for Scotland, Scott McTominay is a vital part of Clarke’s 3-5-2 system.

The rangy midfielder performs a vital screening role and even drops into centre-half when Kieran Tierney bombs forward.

Faced with England’s youthful, energetic midfield trio of Declan Rice, Phillips and Mason Mount, his physicality will be particularly important.

However, if Tierney is unavailable once more, Clarke could be tempted to slot the United man into the back three to give Scotland a way out of defence.

The back three looked uneasy in possession against the Czechs and McTominay’s assurance on the ball would help their progression.

Despite all the plaudits handed out in victory over Croatia, there was one notable blot on England’s copybook — the performance of Harry Kane.

The skipper, 27, struggled to get into the game and never looked like continuing his fine domestic season form with the Three Lions.

Kane spent much of the game dropping deep in an attempt to get involved in the build-up play — as he’s done so successfully for Spurs this season — but struggled to impact the match in the final third, taking just two touches inside the box.

But Southgate will have to find a way to get his talismanic No9 more involved in the key areas against Scotland.

Meanwhile, Scotland boss Clarke has his own striking conundrum.

He opted for a forward pairing of Lyndon Dykes and Ryan Christie against the Czechs, before introducing Che Adams from the bench late on.

The Southampton striker’s arrival lifted the Scots and there has been a clamour for the 24-year-old to start against England at Wembley.

That looks increasingly likely happen tonight, with Celtic attacker Christie the man most likely to miss out.

Adams’ pressing ability — he made 4.66 successful pressures per 90 last season — will put England’s back four under pressure, while Queens Park Rangers forward Dykes will offer a different, more physical threat.

In 1996, Gascoigne, Seaman, Gary McAllister and Colin Hendry were the protaginists. Now it's time for news heroes and villains to emerge. 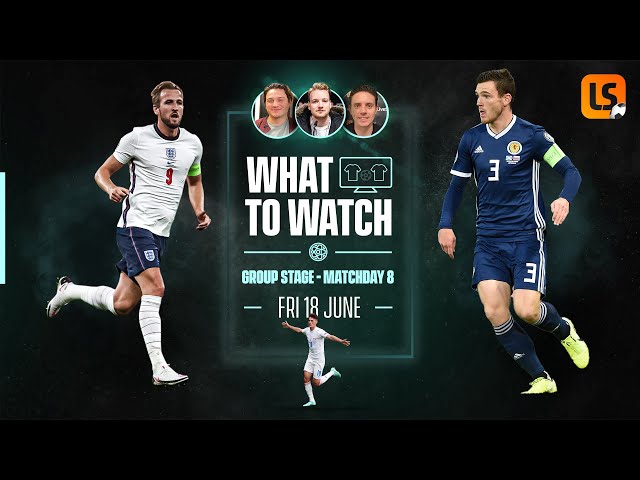 Southgate: Maguire in contention to start for England against Scotland

Maguire declares himself fit for England's Euro 2020 clash with Scotland