In Focus: Champions League whizkids to watch in the last 16

From Amsterdam to Madrid, the Champions League last 16 will see some of Europe's brightest young talents compete to impress on the biggest stage.

The tournament kicks off again tonight with Real Madrid's visit to Paris Saint-Germain among the blockbuster ties where we are set to see these hot prospects collide.

LiveScore shine a light on the competition's superstars of the future with eight players all under the age of 20 featuring, including one tipped as the next Erling Haaland.

Midfield prodigy Ryan Gravenberch is set to grace the field in the Champions League as Ajax face Benfica next week.

The 19-year-old Dutchman has made 90 senior appearances in Amsterdam, scoring 10 times and assisting 11, and the future looks bright for the youngster.

Kenneth Taylor is another graduate of Ajax's famed academy in line for action in the last 16.

The versatile midfielder, who can also play at centre-back, has forced his way into the first-team picture this season — scoring his first Eredivisie goal earlier this month.

The left-back racked up 47 appearances for Sporting, winning the Portuguese title and League Cup last season, before moving to France on loan with an option to buy despite interest from Manchester City.

If he stars in the last 16 expect that clause to be triggered.

Ajax's famed production line has struck another gem in 19-year-old Devyne Rensch, who is already making an impact on the right of Erik ten Hag's defence.

The full-back has already made 47 senior appearances for the Dutch outfit and combines a willingness to get stuck in with production going forward having managed four goals and four assists so far.

At just 19, Eduardo Camavinga is at one of the biggest clubs in the world and has already made an impact for Real Madrid since his summer switch from Rennes.

He ranked among the top 10 tacklers in Ligue 1 last season with 2.8 per game and is capable of dictating matches with his range of passing and composure on the ball.

The France international will be up against familiar opposition as Los Blancos take on PSG in the tie of the round, with Casemiro's recent injury likely handing him a start.

Yeremi Pino was only 18 years old when he was brought off the bench for his debut in a Europa League victory over Sivasspor and has enjoyed a brilliant start to his Villarreal career.

The two-cap Spain international, now 19, has three goals and four assists this season operating from the right wing or up front and will hope to shine against Juventus.

FC Salzburg have unearthed another goalscoring star in Benjamin Sesko, who has been dubbed the next Haaland after starring at the same club as the Borussia Dortmund talisman.

The Slovenian, 18, has caught the eye of Manchester City and Bayern Munich for his 6ft 4in frame and devastating physicality and speed.

Add 14 goal involvements in 25 matches this season into the equation and it is clear that Bayern's defenders could have a problem on their hands if the hitman can recover from a hamstring injury in time for the second leg.

Read more: The greatest Champions League comebacks of all time

Jamal Musiala spent eight years in Chelsea's academy before moving to Bavaria as a 16-year-old in 2019.

The versatile 18-year-old midfielder has already been capped nine times by Germany, is Bayern's youngest ever goalscorer and until recently their youngest Bundesliga debutant until Paul Wanner took his crown.

Returning to the country of his birth has paid off for Musiala with 65 first-team appearances and 13 goals making him one of the brightest prospects in world football. 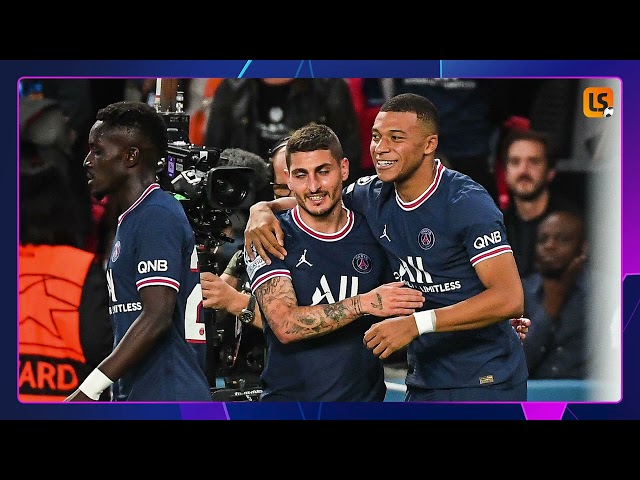